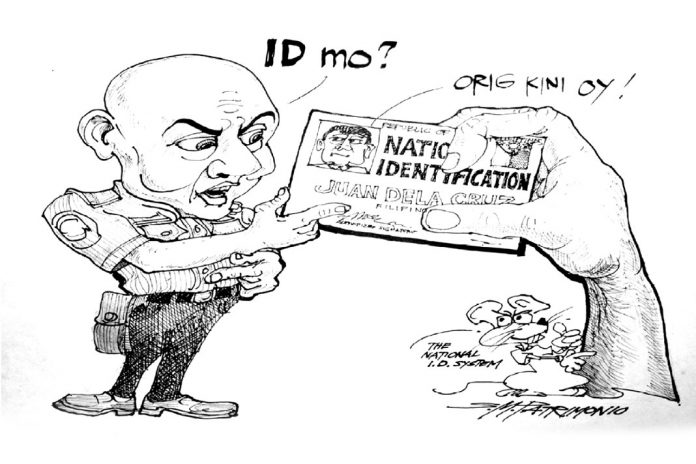 After long years of debate, Filipinos now have a national identification card for all. We are among the last of those countries to have it because we are so paranoid fearing that it might be used against us.

We say even without the ID people can still prey on our privacy because we are such a chismoso country (a country of gossipers.)

President Rodrigo Duterte on Monday, August 6, signed the national ID system for citizens and resident aliens of the Philippines, even as he allayed fears that privacy would be violated.

The government also assured the public that government will protect the data in the PhilSys database amid concerns of possible data breach and privacy violations.

But it is true that the information contained in the PhilSys can also be found in the databases of government organizations such as the Philippine Statistics Office, PhilHealth, Pag-IBIG Fund, and the Commission on Elections.

“That fear is based on anything that borders to illegal. If at all, the Philippine ID will even aid in our drive against the social menaces of poverty, corruption, and criminal issues as well as terrorism and violent extremism,” Duterte said in his speech during the ceremonial signing of the law.

The national ID shall contain a person’s birth, marital status, address, and a front facing photo.

“One of the biggest selling point is having a database that would enable government to deliver service, to monitor the delivery of the service and for people to have easy access to provide identity with those they transact with whether it’s for public or for private purposes,” he said.

The national ID law will serve as a “principal tool of governance” and could also be used for security purposes.

“We just think that on the fears of surveillance, government will and can always have the ability to do that, but with an improvement in the system, in information, we can address a lot of concerns in society,” the author of the law said.