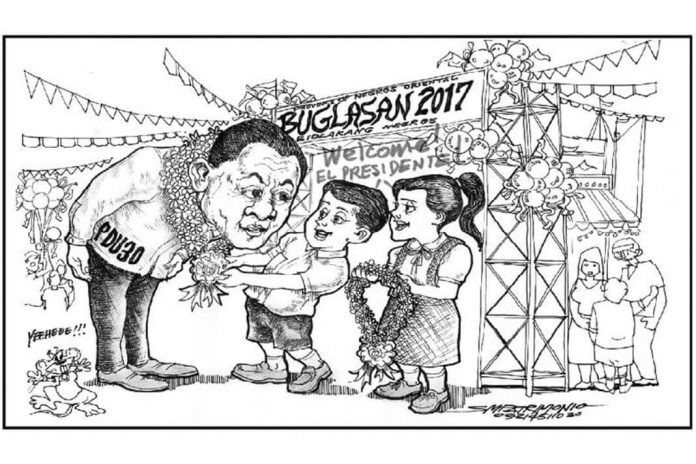 If an impeachable office resigns before the impeachment proceeding is over, the case becomes “moot and academic” because there is no more officer to impeach.

But the issue of beleaguered COMELEC Chair Andy Bautista who is an impeachable officer is unique because the timing is the issue.

Here, after the House Justice committee dismissed the impeachment complaint against Bautista, a week later, Bautista announced that he will resign as COMELEC Chair after December 31. This is the catch for tricky lawyers:

1. Since the resignation is still effective on Jan 1, 2018, Bautista will still have time to wag his tail inside the COMELEC as boss. This is a threat for the opposition since Barangay elections are coming in May 2018.

2. If the House will accept the dismissal by the Justice Committee on Bautista now, then he will be immune from impeachment suit for another year because the law says only one impeachment case each year of an impeachable officer.

3. And if that be so, then Bautista whose impeachment case shall have been dismissed (if it be so), then he can always change his mind and not resign and – hello—the house will then estooped from impeaching the man.

4. So immediately, like a quick draw from the gun of Dirty Harry, the House voted immediately Wednesday to impeach Bautista with a vote of 137 to 75 opposing and 2 abstentions while he is still inside COMELEC.

5. And guess what— we predict that Bautista will take his time now and resign just when the going gets rough at the impeachment trial, or, he will resign immediately before the trial begins.

This is how enjoyable the roller coaster play among lawyers and legislators.

It is some kind of a poker game. Once you mistakenly reveal your aces, even at the lightest wink, your cards will crumble to pieces because everybody is watching.

Long story short, looks like Chair Andy will have to make good his resignation sooner, most probably before Christmas — because surely, his family is waiting for him and his time for them— at home…has finally come.