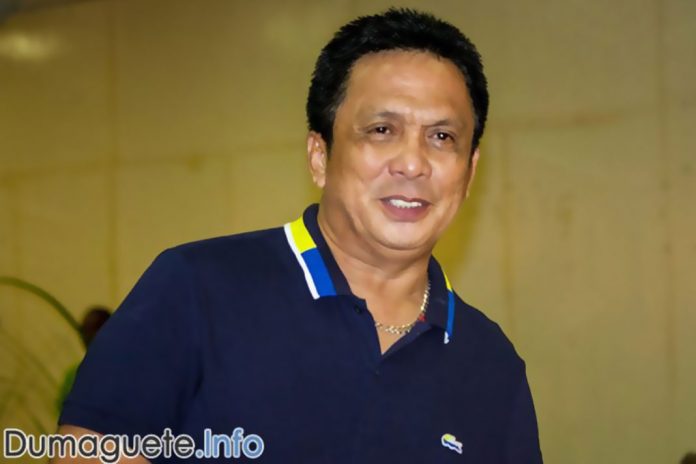 The Supreme  Court third division headed then by now Chief Jus-tice Diosdado Peralta has dissolved the Temporary Restraining Order and the Writ of Preliminary Injunction granted by the Court of Appeals to Gov Roel Degamo following his dismissal order by the Office of the Ombudsman for grave misconduct which imposed his dismissal from the service. This was on March 2, 2017. The SC further ordered the CA to decide on the case on the merits instead.

But this SC  decision of Nov 13, 2019 was mooted by the Court of Appeals due to its earlier but un-announced decision of the same case on September 16 last year—-two months earlier than the Supreme Court decision. (Read Headline: CA clears Degamo; SC appeal looms )  Many netizens were surprised.

Subsequent events ensued, the governor was dismissed for a few months but was reinstated in 2018  because he was able to get a TRO or a temporary restraining order from the Court of Appeals on Jan 11, 2018, a plus a Write of Preliminary Injunction which stayed his dismissal “until revoked by the CA and/or until the petition by Degamo is resolved by the CA.”

This virtually gave Degamo an unlimited time to wait “until the CA resolves the matter” meantime, he was back in the office .

Thus the aggrieved petitioners represented by one Melimore Saycon, went to the Supreme Court on a petition for certiorari claiming that the Court of Appeals committed grave abuse of discretion “despite the absence of a vested right to his office and (no) urgent necessity to prevent serious damage.”

Status of the case:

Degamo is still on appeal of his dismissal by the Ombudsman, the Supreme Court on page 8 of its  10-page decision said Degamo is considered under preventive suspension since his administrative case imposes a penalty of dismissal from the service.

In the meantime, under preventive suspension, the respondent governor is still entitled to his regular salary and other emoluments not received by reason of removal.

The Supreme Court added that Degamo’s appeal does not stop the  Ombudsman’s decision from being executory. Otherwise, the Ombudsman will be liable to disciplinary action.

Finally, the Highest Tribunal said that the Ombudsman’s decision is, in administrative cases, is a valid exercise of its constitutionally-granted rule-making power.

The chief justice at that time of the decision on November 13, 2019, was  Lucas Bersasmin a few weeks before his retirement from the service.

ON THE SIDE OF THE GOVERNOR: In a hastily called press conference, the Governor said:

There is nothing to resolve because the case was  dismissed “a long time ago” without saying which case;

That he returned theP10Million  to the government which was the subject of this graft case;

He branded the Supreme Court Decision as political harassment by his detractors;

That he will run for reelection in 2022 under the Talledo doctrine of Camarines Sur who was dismissed four times thus his term was interrupted yet Talledo was able to run.

In brief, the case is about the graft suit by the Ombudsman against Degamo for causing the release of P10Million  on April 16, 2013 “for payment for expenses related to intelligence operations.” This was taken from the appropriations on Gender and Development because the provincial board at that time did not allocate any money for intelligence funds. But COA attested, since Degamo vetoed the GAD fund of P10M (and not overridden)  therefore, the GAD had no more funds to release. All these were under the written objections of his budget officer, provincial (accountant, and provincial treasurer whose cases were dismissed as co-respondents.

Degamo said this was approved by the Annual Investment Program but was not allotted funds by the provincial board who were then at political odds with the governor. The governor assumed in 2011  by operation of law which he then first board member Degamo took over from Gov Tuting Perdices who had a sudden death. Degamo’s first election in office was in 2013, then in 2016 and 2019.