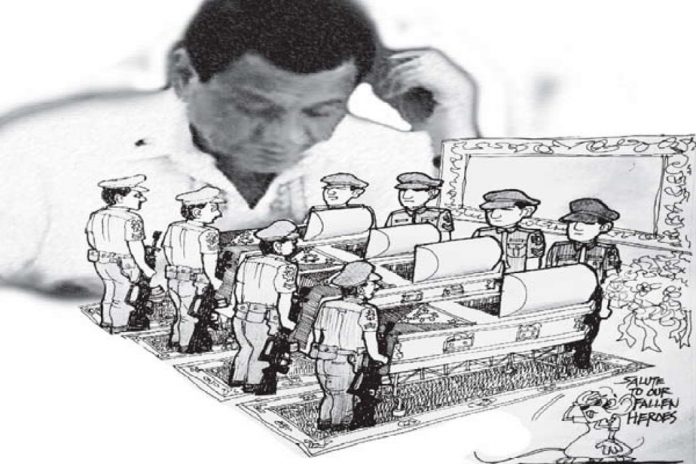 Negros Oriental – It will not come as a surprise if President Duterte will decide  to impose a limited district-wide Martial Law up north of Negros, starting with Guihulngan and the entire first district,  with the escalating deterioration of peace and order in that part of the province.

If not, then we can feel that the people themselves are itching to impose upon themselves  “Murphy’s law” where every abled citizen in the first district will empower themselves to take up arms in order to defend their own families from lawless elements. —if the law enforcers will not be able to bring perpetrators to justice.

We ask: how many killers in Guihulngan and surroundings have been brought to justice, arrested, prosecuted and convicted under the Constitutional rule of law?  If none or just a handful, then what is the option of the government and or the people under this predicament?

Two things: Martial rule in a limited district wide scale, or Murphy’s law by the people arming themselves to defend their families. If everybody is armed, then who will attack whom? For us, we prefer the legal and Constitutional way to restore order. No one should break the law in order to impose it.

Similar to  an election, the towns and city concerned will be placed under Police Control, if the duly constituted law enforcers will fail to enforce the law .

For what option is left if law and order has virtually  broken down.? It’s President Duterte’s call now. He has gone here TWICE to witness and condole with the kins of victims of the Guihulngan and Ayungon killings visiting the wake of dead policemen, what do you think will  he do?