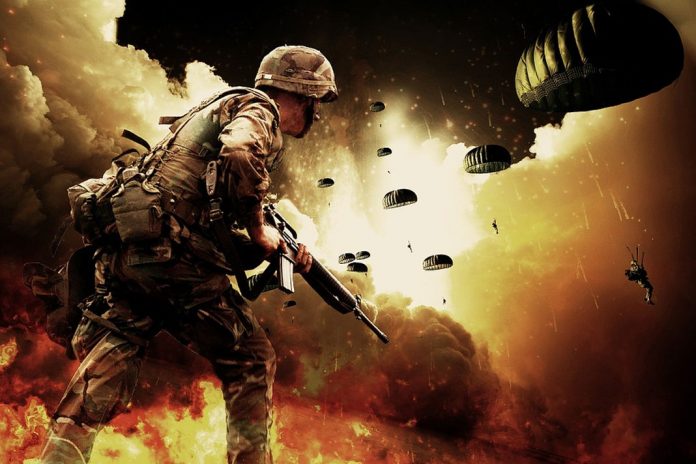 I am reading a book titled “LIES MY TEACHER TAUGHT ME”. I was aghast at the amount of false information I was taught in school. I have often said “History is written by liars” but I never realized how much of my information was based on myths and lies.

I thought I would examine some of my history; things I experienced personally. I served in the Vietnam War.

I witnessed the media’s bias in reporting in Vietnam PERSONALLY.

CBS came to my platoon and interviewed my troops. They asked “What do you think about the war?” If a troop said something patriotic they yawned and moved on. If the troop said something negative SUDDENLY the lights came on and the microphones hummed. The troops quickly learned if you want Suzie back home to see you on TV just complain about the war. That my friend is called creating news not reporting news.

Lie #1 : Minorities, particularly blacks, were drafted, sent to Vietnam then given hazardous jobs so they would be killed !

TRUTH : In America 14% of the population is black. Only 10% of the troops serving in Vietnam were black. Almost 90% of all casualties in Vietnam were “white” not black or some other minority.

Lie #2: The war was so unpopular that America was forced to draft troops to send there.

TRUTH: One in four of the troops in Vietnam were draftees. 75% of Vietnam veterans were volunteers; 76% of those who served in Vietnam said they would serve again even knowing the outcome.

Lie #3 The anti-war protestors were ideologically against the war. They protested because it was wrong to have a war in Vietnam.

TRUTH: They protested out of fear of being drafted and going to war. They were cowards; most did not even understand what the war was about. ? Proof? In 1972 when the war was still raging on all protests virtually stopped when the draft was stopped.

LIE # 4 The war made most of the troops who served there drug addicts.

TRUTH: Troops in the field could not survive and also take drugs. You needed to be alert and ready to fight at all times. Getting high could get you dead. Most often the troops that used drugs were REMF’s ( Rear Echelon M*ther F*ckers)  clearks and jerks serving in base camps; a small minority.

LIE #5 The leadership in Vietnam was so poor; so hated many were “fragged” (killed by their own troops).

TRUTH : Beyond the fact that troops have been known to be kill by their own troops in every war ( including the Philippine Wars) In ten years only 230 leaders were fragged in Vietnam. That is less than 1% of the troops that served.

LIE #6 American routinely committed war crimes. They killed babies , women and children without guilt or punishment. They even tossed VC out of helicopters and drug them tied to a rope through the jungle canopy until the flesh was torn from their bodies.

TRUTH : Only two war crimes were ever recorded ( My Lai & Song Tang) and the CRIMINALS were prosecuted ( In my opinion Lt Calley got off easy; he was an idiot that should have gotten life instead of just three years) Other than in the movies, the rest of that BS never happened. The canopy myth would have killed everybody in the helicopter.

TRUTH They were, and I witnessed their crimes personally, vicious blood thirsty savages that routinely slaughtered their own people. During TET, in one city (Hue) they slaughtered 2,800 innocent civilians ( teachers, lawyers and politicians). I have stories that give me nightmares including the chopping off of the arms of children just because the Americans vaccinated them. Where was the American press when it came to reporting the TRUTH about these noble freedom fighters?

LIE #8  The Americans suffered a horrible defeat when they were taken totally by surprise during the TET offensive.

TRUTH There was no “surprise”. I know I was there. A Korean ( Captain Kim, a personal friend) intelligence officer sent out a report a month before TET that detailed the attack. I was on the front lines waiting on the attack when it happened. Not only was there no “surprise” there was no “victory”. The VC attacked over 150 targets and failed to win a single conflict; 32,204 VC were killed (we lost less than 6,000) The VC were so decimated they were never combat effective again. General Giap even considered surrender. The bias / inaccurate American media changed his mind.

Truth : In 1973, a PEACE TREATY was signed by America and North Vietnam. Both countries sent their “COMBAT” troops home. The war was over. TWO YEARS LATER 1975, North Vietnam re-invaded South Vietnam and defeated the SOUTH VIETNAMESE MILITARY….. other than truck drivers and clerks, America had no fighting troops in Vietnam in 1975. HOW DO YOU LOSE A WAR YOU WERE NOT THERE TO EVEN FIGHT?