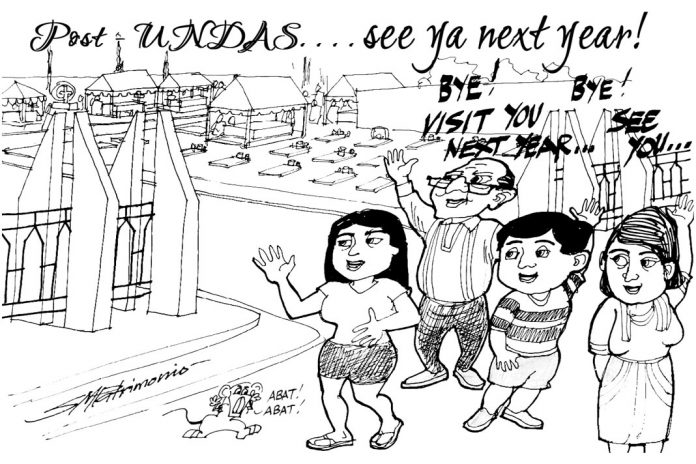 When we’re harboring unforgiveness, we’re dealing with hurts in a fleshly way. Unfortunately, that’s not the way to get healed! God wants to help you overcome the hurt, and that’s done in the spirit.

Romans 8:13 says if we live according to the flesh we will die, but if we live by the Spirit we put the deeds of the flesh to death and we can live God’s abundant life. That’s a better way to live!

You could say it this way: flesh wants justification and judgment, but the spirit calls for mercy and forgiveness. We have an enemy, Satan, who wants us to live in the flesh. He sows seeds of division, strife and unforgiveness into our lives to clog our blessing pipe. You don’t have to allow it!  Rise above it and remember the real enemy.  It’s not people.

Read that again: people are not your enemy!  Ephesians 6:12 says, “For we do not wrestle against flesh and blood, but against principalities, against powers, against the rulers of the darkness of this age, against spiritual hosts of wickedness in the heavenly places.”

When a person hurts you, don’t wrestle with them.  Recognize the source of strife, division, destruction and offense.  Take authority over the devil and prevent unforgiveness from clogging your blessing pipe.

Also, remember that the devil is sneaky.  He doesn’t come marching up to you with a pitchfork.  He uses people and situations to distract and torment you.  Because we forgot this, we react in the flesh by wanting to retaliate, or by attacking the person, or by holding a grudge.

Let’s recognize when the devil is trying to undermine our faith. Second Corinthians says, “Now whom you forgive anything, I also forgive . . . lest Satan should take advantage of us; for we are not ignorant of his devices” (2:10–11). We are not ignorant of his devices! Let’s recognize when he’s trying to distract us and undermine our faith through unforgiveness. We can turn the tables on him by forgiving.

When you feel hurt or angry at someone or even God, stop and remember where all that trouble is coming from. The devil wants you focusing on hurts and disappointments. He’s the king of distractions! Forgiveness is the spiritual reaction; it’s one of the best ways to stop him in his tracks and derail his evil intentions.