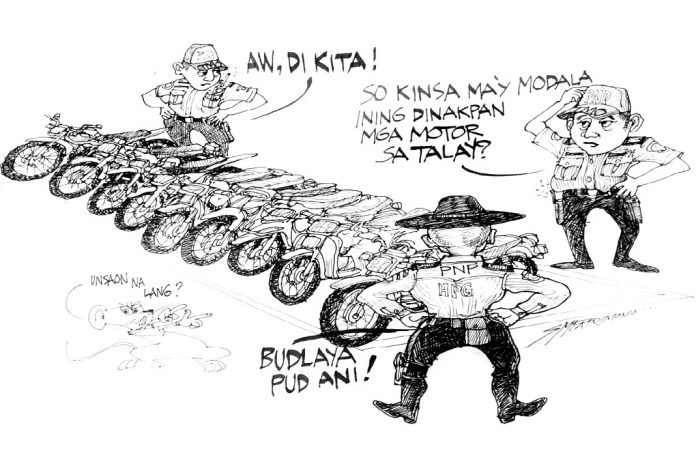 The rampant cases of recidivism among minor offenders need the full support and intervention of the Dept of Social Welfare especially in the implementation of the Juvenile Justice and Welfare System Law RA 9344 on taking custody of minor offenders.

The big problem rising in Dumaguete is the rampant burglaries committed by minors who continue to abuse the kindness of the law by becoming habitual recidivists. Minors are not arrested when they commit crimes under RA 9344.

But the DSWD by law here, is unfortunately not effectively intervening as it is supposed to take custody of minor offenders, admonish them, and return them to their parents. This is not being done effectively.

But rather these minors are simply returned to their parents after being processed at the PNP headquarters, and cautioned against further repeat of their violations.

Chief of police P/Supt Pineda reports that while the police is busy accosting minors for burglaries, especially at night, the DSWD is wanting in taking over the cases which compounds the problem of disposing the case.

DSWD chief Carol Ann Alquero’s office should be efficient in providing support to the police drive against crimes committed by minors. It is the DSWD who takes custody of minors violators of the law, who in turn will admonish these minors and return them to their parents especially at night. PNP chief tells us that DSWD is not doing its part that is why there are increasing cases of recidivism among minor offenders especially in case of burglaries.

We suggest humbly that the DSWD assign a personnel for a night shift to be stationed at the PNP from 7pm to 7am in the morning so that minors arrested for crimes in the evening can be disposed of faster without giving the opportunity for critics of the police who might concoct a notion of minors being harassed, manhandled (gikolata) or other wise while in police custody, for the reglamentary period of 36 hours.