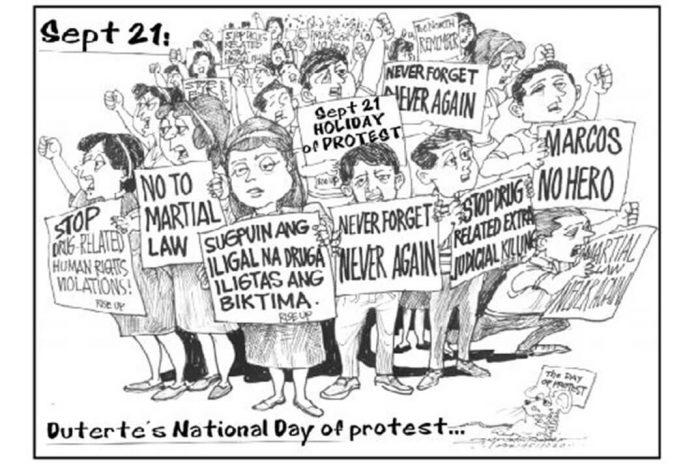 It was not just the budget that was restored but, figuratively, the human rights of Filipinos were also restored in sorts and upheld by government. The Commission on Human Rights is a constitutional mandate under Article 13 Sec. 17 which all people must open and read right now —before they are taken for a ride due to ignorance.

Government simply wanted the CHR to equally investigate human rights violations of criminals not just law enforcers. Now they have agreed. The ole man didn’t have to cut the budget anyway.

We predicted since day one that President Duterte will restore the budget of CHR otherwise international bodies like Amnesty International, the United Nations, or the Europian Union will pool their resources to fund CHR here and bingo! Duterte will be at the losing end. So he quickly restored the budget on the eve of the Martial Law’s 45th anniversary. Poor Ernie Abella (SU Divinity school alumnus). He had to smile again before the cameras and do the apologetics.