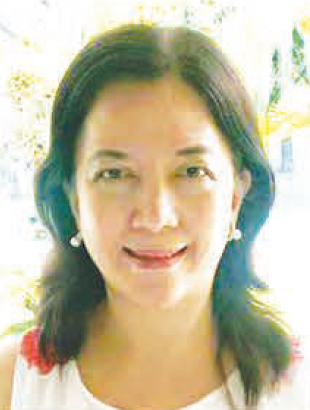 When I was walking along the busy Alfonso XIII St. in Dumaguete City during Silliman University’s Founder’s Day Week, three teenagers approached me, asking for money. They looked like ordinary youth, not dressed in rags, like the usual types. They were probably around 9 to 13 years of age and could have easily passed for students randomly walking through the streets.

This brought me back to a few years ago, when a woman who pretended to be a batchmate of mine from college, told me she had lost her wallet and needed money to go home to Canlaon. Nice try, but the thing was, I could not remember meeting her nor did I know her name, so no dice.

The Anti-Vagrancy Law had been decriminalized since 2012. With this move, the local police can no longer arrest vagrants and loiterers if they have not violated any law.

That brings us back to the issue of vagrants from young kids to very old people begging for money. They can now roam the streets freely and resume their vagrancy activities. On one hand, they could be working for syndicate of gangsters who use children or old and disabled people to rake in money for them. And if we, out of compassion, easily part with our money to them, we unwittingly become complicit in their kind of operation and encourage hem to keep coming back to the streets. On the other hand, there’s also the possibility that they could really be hungry and have nothing to eat, and the little money we spare could be a matter of life and death for them.

My Wish List is for the city government to provide them some kind of programs that will keep especially the young vagrants off the streets, perhaps some vocational and livelihood training and programs such as Food for Work or Living Quarters for Work. This way, they will become part of the productive members of society rather than burdens for the local government. They could be tapped for assembly-line kind of jobs so they will be earning income for themselves rather than roam the streets to beg. Their parents can also be tapped for livelihood training so each able-bodied member of the family can generate income to support their needs.

While the external, basic needs such as training and jobs are being met, the internal needs could be addressed as well. This pertains to their emotional preparedness for a positive, productive life. A life of aimless drifting about with no clear goals and no future to think of can damage one’s self-esteem. Thus, a workshop by life coaches or emotional counselling on building positive self-esteem, confidence, team work and cooperation can do wonders for them. In addition, exposing them to sports such as basketball, baseball or volleyball would teach them values needed in life like working together as a team for a common goal.

The City and Province can richly benefit from these programs as these will showcase what we can do to take care of those in our society who are lagging behind. For not only are we meeting people’s basic needs for jobs, food and income, we are also working for healthier self-esteem and confidence, something all of us would gladly aim for. We have to nip in the bud the proliferation of young vagrants in the City, or we will see these young people slowly morph into social misfits.

Despite the manifold complex problems of life, there is still a ray of hope.