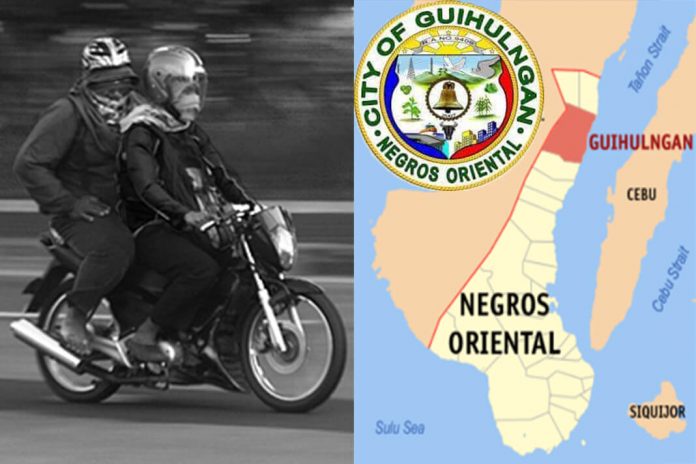 Dela Rita was on board a motorcycle when riding in tandem suspects shot him several times hitting in different parts of his body with the use of a Cal. 45 pistol, as evidenced by at least nine empty shells recovered at the crime scene.

Portento said the victim was on his way home to Sitio Looc, barangay Poblacion when shot by unidentified suspects who fled going south.
Records will show Councilor Dela Rita had several attempts on his life. The first recorded attempt on his life was on October 29, 2015 in Sitio Looc at his residence in the poblacion barangay wherein the lone suspect barged in with a hand gun while they were having meals.

Unfortunately for the assassin, the firearm jammed and Dela Rita was able to counter attack with the use of a pork. The second attempt was on May 5, 2016 in his other house in Balugo on the eve of the election and third was July 21, 2017 at Sitio Mandi-e, barangay Magsaysay.. In that incident, he informed the city administrator Gino Mijares that he was ambushed by alleged members of the New Peoples Army that prompted the police to dispatch one team on board the Mahindra Patrol Jeep. The responding PNP personnel were instead ambushed which resulted to the death of six of them including the chief of police Supt. Arnel Arpon.

According to Portento, the nearest angle being looked into is the possibility he is liquidated by the sparrow unit of the NPA. The police said documents recovered after an encounter between the army and the NPA few years back showed his name was in the hitlist of the CPP/NPA and since then the city councilor had been forwarned.

Another angle being looked into is his being a politician. He was captured by the NPA and pressured to simulate a distress call to the city administrator who called for “help” and only for the responding law enforcers to be waylayed and killed in an ambush on their way to the rescue site.

A post mortem examination is being requested while witnesses accounts is being processed including that of an employee of a motorcycle dealer who could have witnessed the crime.

The suspects are wearing jackets with hood and bonnets.jrg