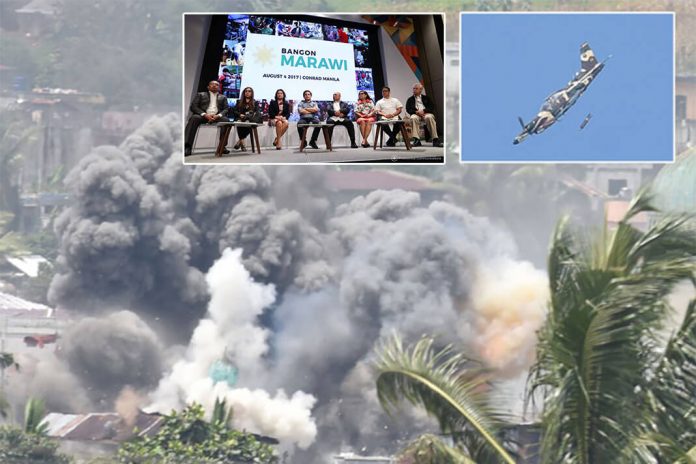 Marawi has given Mindanao “knowledge and power” worth hundreds of billions of pesos that any amount government will spend to rehabilitate the war-ravaged city by the lake will only be a fraction of what it has given to Mindanao for more than half a century.

Senate President Pro-Tempore Ralph Recto said he is providing this “important context” to government planners who are drafting the Bangon Marawi blueprint and computing the cost to implement it.

“Let us always keep in mind that Marawi is the capital of the province where Lanao Lake is, which is the source of about a third of Mindanao’s power supply,” Recto said.

It is also where the main campus of the Mindanao State University is located, Recto added, referring to the “UP of the South” which has produced thousands of graduates since its founding in 1961.

“Marawi is both a source of light and enlightenment. Thus any aid package should be viewed within that context. To a large extent, the aid we will be giving is some sort of a payback,” Recto said.

Recto said Agus River, which flows through Marawi, “is the gateway through which waters that run hydropower plants downstream pass,” Recto said.

Six hydroelectric plants cascade from the mouth of the lake in the city. The plants have a combined installed capacity of 728 megawatts of clean and cheap energy.

“For 70 years, the people of Lanao Del Sur have been good stewards of the watershed which feeds the lake which in turn provides the water for the hydroelectric plants that supply the whole of the island of electricity,” Recto said.

“There was a time when Lanao Lake was the only source of power. It lighted homes and the future of Mindanaoans. Unang tikim nila ng kuryente mula sa tubig ng Lanao Lake,” Recto said.

Another major contribution of Marawi not only to Mindanao but to the entire country “is that great university on the hill, the Mindanao State University, which was founded 56 years ago,” he said.

“For over half a century, Mindanao’s best and the brightest have gone to that school, lured by free tuition and topnotch teaching. It was the first school of choice for many of Mindanao’s high school honor students,” Recto added.

In the years that followed, 8 of the 11 satellite campuses of MSU, such as the MSU-Iligan Institute of Technology and the MSU General Santos, have become autonomous units under what has become the MSU System.

“What can’t be denied is that MSU in Marawi helped build the human capital of Mindanao,” Recto said. “It has been said that each town and city in Mindanao, and there are 455 of them, hosts at least 100 MSU alumni or former students.”

So it can be said that Marawi lighted homes in Mindanao and lighted the torch of knowledge, Recto said.

“Now the city which has given Mindanao light and enlightenment has been thrown into darkness. It needs help. So whatever amount will be spent to bring it up on its feet will just be fraction of what it had given to Mindanao,” Recto said.

Recto said those drafting the Bangon Marawi blueprint should take these into consideration.

He pressed executive officials tasked to plan and implement Marawi’s reconstruction to submit a budget to Congress before the two chambers wrap up work on the P3.767 trillion 2018 national budget by the first week of December.

Recto said instead of a supplemental budget, the funds needed to rebuild the city can be included in the 2018 national budget.