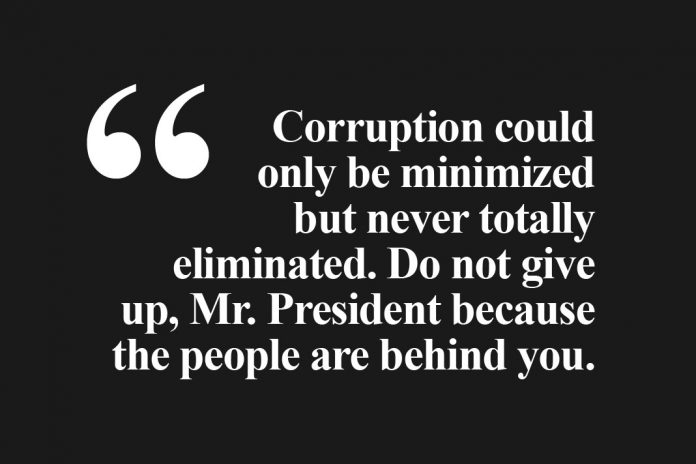 Corruption could only be minimized but never totally eliminated. Do not give up, Mr. President because the people are behind you. That is why in spite of all the criticisms against you, your popularity rating according to the surveys is still very high. I know you are tired. If you are tired, you can always take a leave and let the Vice President take over the government.

You are just tired. Even God rested after seven days when He made the world.Even Jesus Christ rested and prayed at the garden of Gethsemane, together with his disciples.

Start with the judiciary, there are many hoodlums in robes. The Supreme Court has exclusive administrative jurisdiction over judges and personnel of the judiciary but the office of the President or the executive department has the power and the duty to enforce the law.