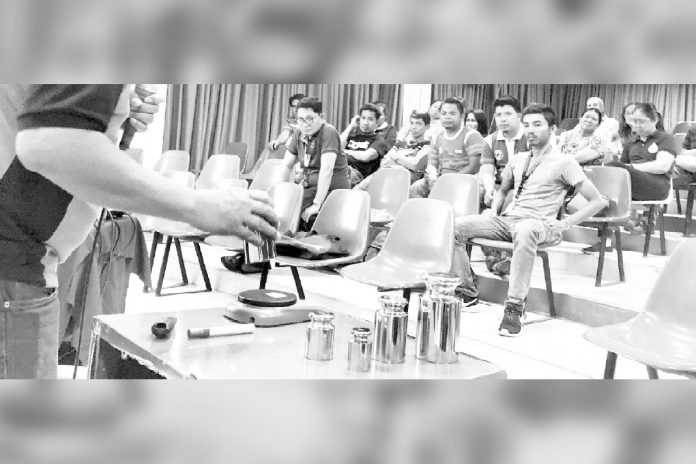 Organized by the Department of Science and Technology-Negros Oriental Provincial S&T Center (DOST NegOr PSTC), the training aims to give importance of fair trade on the calibration of industrial weighing scales on various applications and the acceptability level on error readings of weighing scales in the market. The event also aims at highlighting on the importance of calibration which includes public health and safety, fair market trade, consumer protection, among others.

The activity is in partnership with the Negros Oriental Chamber of Commerce and Industry (NOCCI), Department of Trade and Industry (DTI) and DOST 7. Engr. Roberto B. Edra, the laboratory head of DOST-7 Regional Standards and Testing Laboratory (RSTL) was the resource person during the said training.

During the quick but very informative training, Engr. Edra expounded on the existing laws and regulations on metrology and its implementation in the country.

“Traceability is an unbroken chain of calibration necessary for the measurements done in the country to be traceable to international standards. The starting point of International Standards begins with the Bureau International des Poids et Measures (BIPM),” Engr. Edra said.