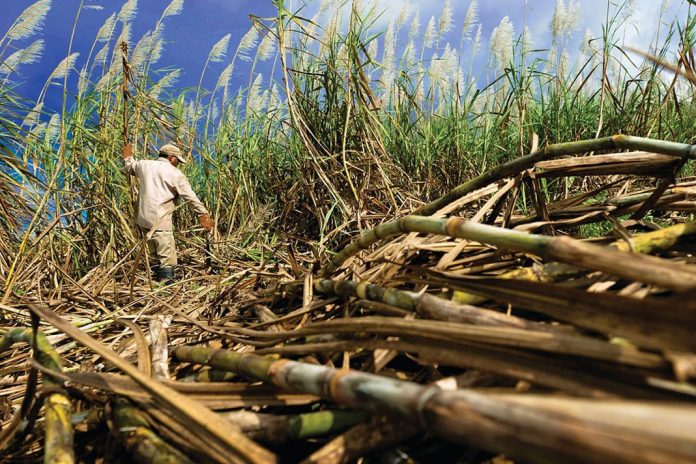 Discover in History of Negros (1980) a footnote to sugar production here and elsewhere:

Sugar cane had long been grown in the island (Negros). Its modern exploitation dates back from 1850 onward.

Fr. Alcina tells us that in the seventeenth century the smallness of the sugar cane harvest made it impractical for Visayans to acquire the necessary machines to mill the cane so that it was eaten raw.

During the months when the cane ripened there were many who ate nothing else. A considerable part of the harvest was also used for the manufacture of intus, a highly esteemed beverage.

A century later, the situation continued the same. According to (Antonio) Tornos (cf. Retrato Geográfico-histórico…), only in Panay, Cebu, and the central plain of Luzon was sugar cane utilized to manufacture sugar. In all other provinces, “it was consumed by chewing or sucking the sap using the sweet juice for cakes and sweets.” However there was no shortage of white sugar. For twelve reales it was possible to obtain either “a pilon or a jar with 80 to 100 lbs of sugar” (36 to 45 kilos).

Most of the sugar was manufactured either in Pampanga or in Pangasinan where the production of sugar multiplied in the last decades of the eighteenth century. After supplying Manila which then consumed 1,500 metric tons a year as well as the other provinces which did not produce sugar, the planters of Pampanga and Pangasinan could still export fairly important quantities 1,600 metric tons in 1788 and 4,544.6 metric tons in the extraordinary year of 1796. Normally, exports ranged from 1500 to 1800 metric tons.