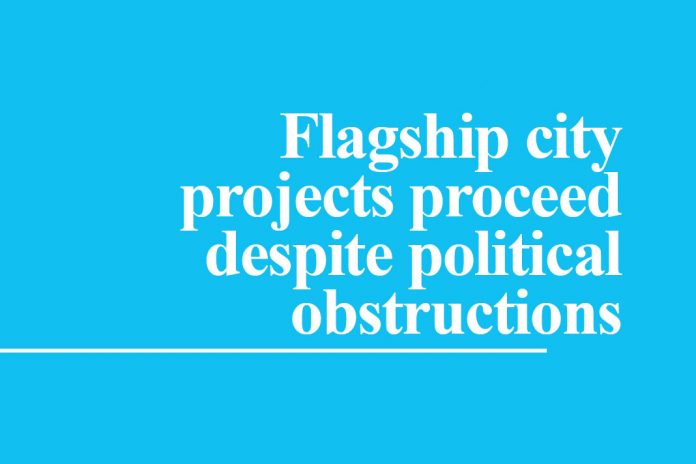 Mayor Felipe Antonio Remollo rallied all stakeholders and the citizenry to support all the programs, projects and activities of the City administration despite opposition efforts to delay or block his initiatives that are part of the master plan that would address the decades-old problems of the city.

He reiterated his resolve to close the dumpsite in Candau-ay and to establish a Materials Recovery Facility and a Sanitary Landfill at the newly purchased lot provided that all the requirements of the Department of Environment and Natural Resources (DENR) shall have been complied with.

Two new concrete bridges will be built to replace the spillways at the back of Foundation University and near the Bureau of Internal Revenue with an estimated total allocation of P 100 million to be sourced out from the local treasury.

Meanwhile, within 10 months 350 modern CCTV cameras will be installed by PLDT in strategic locations across the city to prevent and solve crimes, manage traffic and to collect intelligence information against crime.

The ongoing rehabilitation and improvement of Rizal Boulevard will also continue to include the construction of shoreline protection to prevent huge waves and storm surges from inundating the communities in Barangays Tinago, Calindagan, Mangnao, and Banilad.

Mayor Remollo and the City Council will continue to oppose the privatization of the Dumaguete City Water District (DCWD) by seeking the court’s injunction of a deal with a giant private company that could take control of the water system that could lead to massive layoff of workers and rising water bills for consumers.

Mayor Remollo laments the efforts of some politicians to rig the recent elections of the Liga ng mga Barangay and lauded the 14 Punong Barangays, who withstood the pressure and enticements so they can vote for their chosen leader that would have support all the programs and projects of the administration.

“They must remember that we are elected to implement the master plan for the city,” Mayor Remollo stressed.

Mayor Remollo is humbled that in just two years, the administration received the distinction of being the Best Retirement Place and the second Most Competitive City in Government Efficiency in the country. The Public Employment Service Office has also been awarded as the Best PESO in Region 7 for successfully providing job opportunities to 10, 823 in just 11 months.

Mayor Remollo complimented the all the officials and employees of the city government for their industry and dedication to service. The city’s awards were in recognition of the LGU’s efforts to manage the peace and order situation, maintain excellent health care system, promote outstanding hotel and restaurant industry, and practice prudent use of financial resources free from graft and corruption.