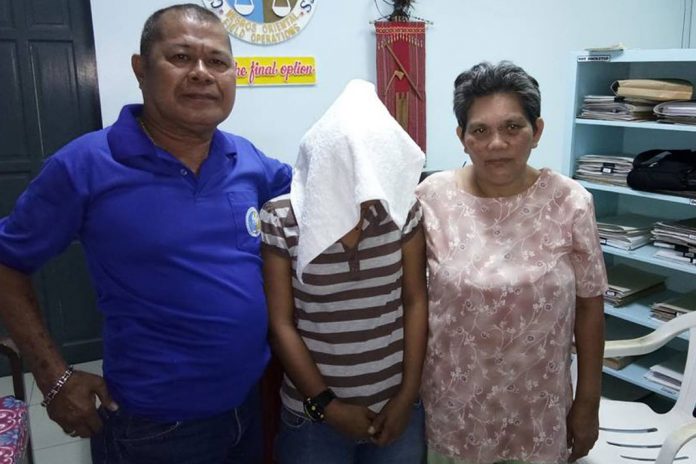 Julia (not her real name) was 13 years old when he ran away from her home just when her mother was operated in Manila. She was lost for 13 years. Now she is 22 and is back to her Mama’s arms. A tearful reunion. (see photo above)

Thanks to the Commission on Human Rights team headed here by Jess Canete, (left) who coordinated with his team in Pampanga and traced her.

The CHR brought her back home. Kudos to our human rights team who did a good job.

In between the lost years, Julia was loitering in Luneta, was picked up by the DSWD, and sheltered . Then a couple took her to their home. The husband was a policeman and kind to her. When the policeman died, the wife maltreated her. So she ran away and went back to LUneta from Tarlac.

She was picked up by a pimp/ bugaw and let her work in a beer house. This is where Julia jumped from one man to another apparently for a fee. She was autistic and a special child. Such abuse by normal people.

Then another pimp (*bugaw bayot) brought her to a security guard where she lived with him for seven years.

Until her face surfaced on Facebook and …..long story short, her relatives saw her and traced her whereabouts on FB. With the assistasnce and coordination of the CHR Commission on Human Rights. This office deserves commendation even as we commend Canete and his staff.

Today, Julia wants to finish schooling. She is still recovering from her absence from her family. She said she always wanted to come home but would not know how and where. Much more, she did not have the money for fare.

Any kindhearted family might wish to help her. Just contact CHR officer Jess Cañete who will lead any prospective benefactor.—Call: 0936-714-1717