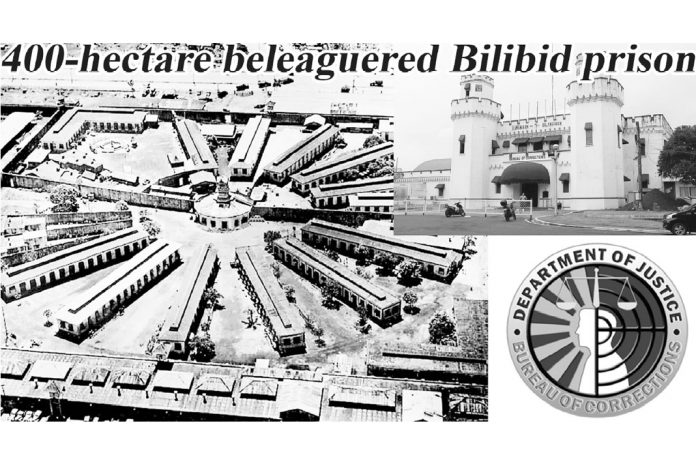 Nicanor Faeldon, the new namesake for illegally released criminals, knew he had it coming.

President Duterte Wednesday evening announced that he just fired his niño bonito for violating his presidential and the public trust. What does he mean by “I have never been happier after having been fired?”

President Duterte in announcing the dismissal of Nicanor Faeldon as bureau of corrections chief even had misgivings but he cannot help but succumb to national public pressure to fire the chief custodian of hardened criminals of the country.

Reason: he has committed infidelity in the custody of prisoners. Under his watch he has illegally released hundreds of unqualified convicts out of Muntinglupa.

The people especially those in the Senate investigation committee, seem to hold their punches in mentioning that the root of all these illegal releases of high profile criminals is money. Money money money. What else? Good behaviour? Tell that to the Navy no longer to the Marines. Sum-od na kayo.

The release of criminals for good behaviour is an insult and circumvention to the presidential power to pardon. Those criminals believe that they can possibly bribe the lower echelon easier, than get the more difficult presidential pardon.

That is why the illegal releases of hardened criminals by the thousands would be impossible if money did not pass hands, big big money. But nobody would like to talk about it at the hearings when everybody knows that is just about the whole bottom line of this hullabaloo.

But in fairness to the BuCor , this GCTA or Good Conduct Time Alloance has been going on for years and years. In fact predecessor, now Sen Ronald Bato Dela Rosa, also released over 300 convicts. The Bu Cor has some computation which is valid and good but SADLY their system is very susceptible to corruption even by the millions of pesos.

For many people, the best way to stop the clandestine or secret release of hardened criminals is to put to jail the highest official responsible for the release of unqualified criminals. They go scot free even for alleged and manufactured good behaviour and these are the recidivists, those convicted of heinous crimes, and those charged with other offenses while serving their sentence. As to why the 3000 unqualified criminals were released since five years back, is something you don’t have to ask before a corrupt bureaucracy.

So we only have one recommendation: jail the official responsible for the illegal release of all unqualified convicts.

No more questions asked, or bring back the bastards to jail…Incarcerate the custodian of prisoners, in place of the ones whom he arbitrarily approved and ordered released.