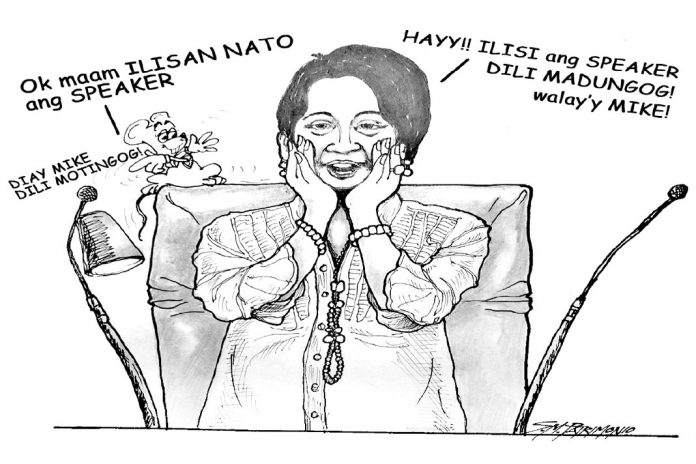 DUMAGUETE CITY – It is the sentiment of most Filipinos, that mid-year elections in May next year is preferred over the rush to change our Constitution.

This was manifested by an “over loyal” follower of President Duterte, ousted speaker Bebot Alvarez, who seemed to wag his tail insisting that elec- tions be postponed and charter change be prioritized. For this, he was dethroned as speaker of the House by a blitz coup where he was caught unawares. Now, it is sweet vengeance for ex Pres. Gloria Ar- royo who now is Speaker of the Lower House. Arroyo was jailed in hospital with- out bail for 4 years, only yo be exonerated the other year.

Arroyo was backed up by Gov IMee Marcos of the North, archrival of majority leader Rep. Fariñas, and Davao City Mayor and presidential daughter Sarah Duterte of the south who hated Alvarez appointment of PDP Laban congressmen as party leaders of the provinces instead of the governors. Of course, nobody would believe that all these were without the President’s imprimatur. And that is Leadership no matter which way you look at it. We need leaders like Duterte and after Duterte. As of today, it could only be his daughter-lawyer and San Beda-bred Mayor Sarah.

For today, what we need for President is one who is young enough, who has the political will to pursue and dismantle incorrigible institutions of corruption, drugs, and criminality.

We no longer need rich political oligarchs and war lords of the past. What we need now are leaders that can align with the aspirations, culture, and the needs of the grassroots mass who will dis- mantle the vestiges of imperial Manila and spread economic progress down to the countryside.