THE PHILIPPINES’S LAST EIGHT Presidents since 1961 were unlike each other.

However, one must say that there have been three most dominant families in the country in the last 60 years, namely, the Marcoses, the Aquinos, and the Macapagals. 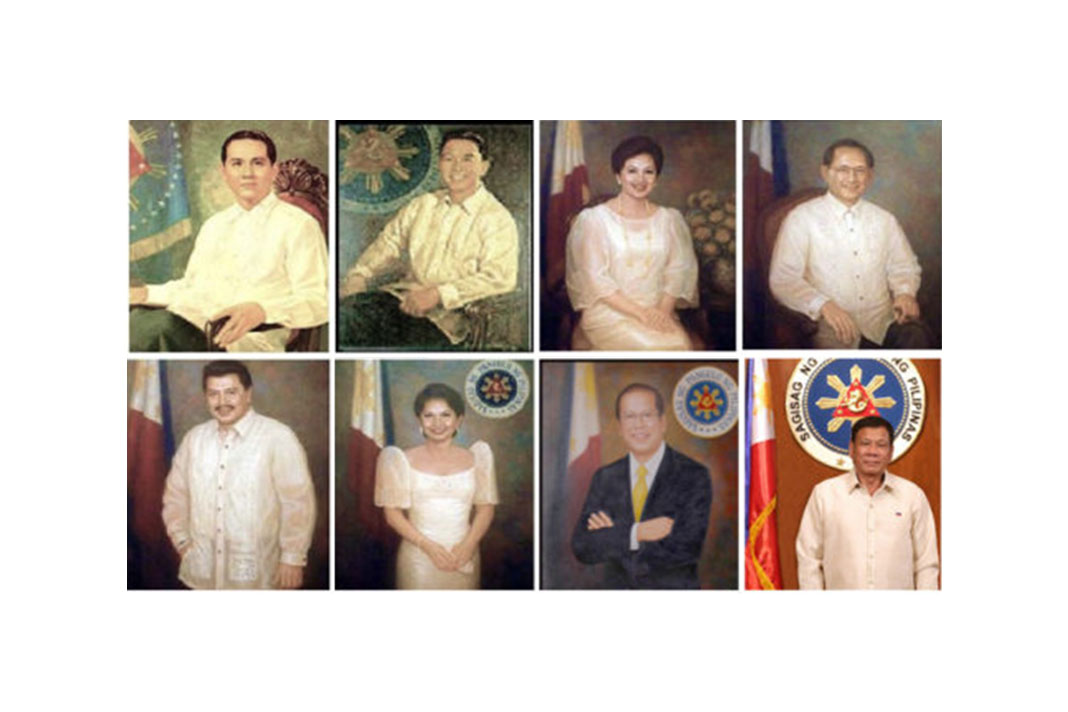 The next Philippine presidents can learn about their individual charisms and the sources of their Waterloos.

Diosdado “Poor Boy from Lubao” Macapagal was considered a “reformist” president. In his term, the foreign exchange rate was freed to seek its own level, the first legislated land reform program was passed, fought widespread corruption, and filed tax evasion charges filed against oligarchs.

The “branding sense” of Macapagal’s successor- Ferdinand Marcos (FM) used this in portraying himself as a macho kind of leader. He imposed the iron-fisted martial law and ruled the country as a “Committee of One” by padlocking Congress and weakening the Judiciary with appointed sycophants.

Marcos had leadership skills but gave the country neither bread nor freedom. Due to massive corruption – the country became the basket case of the Asian economy while FM fiddled on the rooftops of the Palace with his pretty Imelda in tow.

Thousands of human rights violations were committed and the NPA rebels grew at 250,000 at one time and threatened to pulverize the gates of Manila,

Cory Aquino, on the other hand, restored democracy by the ways of democracy in 1986 and had an exemplary behavior such that her moral compass while in power will be the standard to measure all other presidents after her.

Cory was hounded by rightists rebels who felt they were left out to savor the fruits of the new democracy; by the left for not giving back enough democracy and welfare after the monumental failure of Mr. Marcos.

She anointed a Protestant, non-party mate in Fidel V Ramos for the presidency in 1998- and he positively responded to the bestowed honor. FVR soon broke cartels, building budget surpluses by doing massive privatization and gave a carrot-and-stick policy to rebels on both sides of the political spectrum.

Despite hos being a West Pointer, an engineer and with an MBA (Masters in Business Administration) – FVR failed to protect the Philippines from the 1997 Asian financial crisis. Otherwise, he would have been a truly great Philippine president.

Acknowledging his lack of cerebral matter between his ears, Erap assembled one of the best pro-poor Cabinet team ever. The tragedy was the genuine Cabinet was overturned by the Midnight Cabinet in the Palace who drowned themselves in whiskey, women, and jueteng -which led to Erap’s ouster by EDSA II.

His vice president Gloria Macapagal Arroyo or GMA took over. She was a true-blue workaholic and was obsessed with numbers like inflation, interest, foreign exchange, and GDP.

Verily, GMA started the very crucial fiscal reforms here which later led to the upgrade of the credit and investment ratings of the nation.

The first moorings of fiscal reforms started in the time of the workaholic GMA . She was hailed by Washington for her anti-terrorist pronouncements and led the economy to respectable GDP growths. Nonetheless, GMA was buffeted by strong winds coming from charges of corruption and electoral cheating.

Highly intellectual, GMA was described as one lacking in “emotional quotient”.

Her successor, Noynoy Aquino is a “child of destiny” who rose to the presidency mainly by the sympathy of people over the death of Cory in 2009.  Noy continued the strong growth of the economy but it was a growth that excluded lesser mortals from participating in the rise of the economic pie.

In the end, FM and Erap were overthrown by People Power. GMA left the Palace with a (-45 approval rating) while Cory and FVR had a positive (+5) and (+9) approval rating, respectively, at their end games.

The eighth president Digong Duterte is the first outside Luzon to become Philippine president in the last 57 years. Hailing from Davao as a long-time city mayor, Duterte’s anti-drug war is well trumpeted and the massive infrastructure in the offing fueled by a comprehensive tax reform funding could see a spectacular GDP growth.

But the final measure of Duteret’s success will be if he can reduce the poverty level of 22% to 16% by the end of his term in 2022.

Who do you think is our best President among them, ladies and gentlemen?