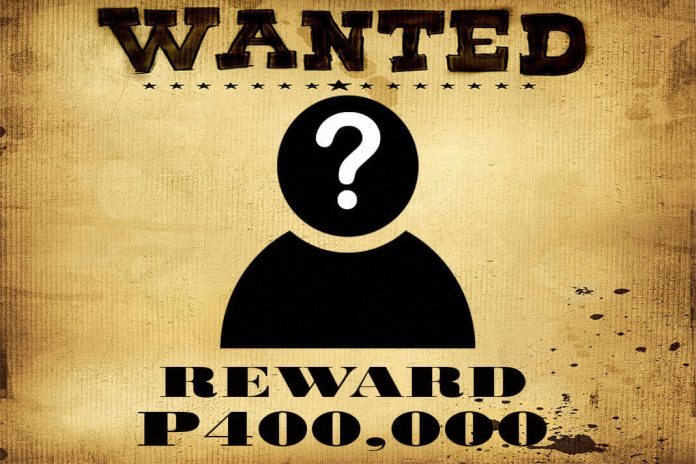 DUMAGUETE CITY – Some P400,000 in cash was immediately raised  Thursday, for any information leading to the arrest of the killer and mastermind in the murder of journalist broadcaster Edmund Sestoso who died on Labor Day May 1.

Top presidential executive assistant Bong Go and the head of the Presidential Task Force on Media Security Joel Syegco  no less were sent personally on board a private jet,  by President Duterte to condole with the Sestoso family and met in closed door execom evaluation meeting concerning  the now celebrated case of the broadcaster’s murder.

“Giving up is not an option. The objective is to get the killer and the master mind,” said media security chief Joel Syegco.

As early as Thursday night, there were already fillers as to who  is behind the murder, reaching the ears of Bong Go and the media security chief, whose main job is to investigate EJK cases of journalists.

When asked who these people are, the task force merely replied : “the usual suspects.”The probers are now in the stage of evidence build-up.

In a press conference, Syegco confirmed that seven out of nine cases of murders of journalists have already been solved with the killers and mastermind arrested. However, he declined to disclose which cases.

“Everybody knows about the murder of journalists but very few know that arrests have already been made and cases filed against the suspects,” he said.

Degamo  and Remollo as LGU heads matched the offer of P200,000 by President Duterte by giving P100,000 each from the city and provincial governments.

Sec Bong Go and Sec. Martin Andanar assured the Sestoso family that the killers will be arrested and so will the mastermind. “at the right moment with the amenities of due process and evidence under  the Justice system.

The high level security conference behind  closed doors at the Gabby’s Bistro ended past 6pm  Thursday  in time of the  secretary’s  rented jet  to take off back to Manila by sundown.

The Dumaguete and Negros community were aroused with anger and indignation over the cowardly assassination of veteran broadcaster Edmund Sestoso, 51 of Dumaguete. Sestoso anchored the PA   radio program of Governor Roel Degamo.

Veteran anchor and broadcaster Edmund Sestoso was declared dead by attending physicians of the Silliman University Medical Center Foundation Inc at exactly 3:25 this afternoon, although he was already mechanically dead at 2:30 this afternoon with less than one percent of survival, doctors tried to revive him with overdose of medicines but to no avail.

Resident physician Dr. Paul Damiel said Sestoso’s cause of death is recorded by the Silliman Medical Center as  due to multiple organ failure secondary to multiple gunshot wounds with hypo volemic shock (loss of blood ) and septic shock.

Sestoso was shot and wounded by unknown assailants after disembarking from a tricycle at 10:30 yesterday morning. The riding in tandem suspects  came from behind and shot him several times in the body.

Mayor Felipe Remollo and some mediamen were at Sestoso’s hospital bed few minutes before he died and was informed later by the daughter Eden that his father is already dead while the mayor was taking a late lunch with the media.

The mayor called on the police and the National Bureau of Investigation (NBI) to investigate Sestoso’s death.  Remollo had issued an official statement condemning the cowardly act of shooting a defenseless individual who is an active media practitioner in the city.  He called on authorities to go on extra mile and those who may have witnessed or knowledge about the dastardly act to  have the courage to speak up so that the perpetrators shall be identified , tried and meted the appropriate penalty.

This is the first time “nga murag gipanamastamasan ta ani ang Dumaguete,” the mayor pointed out.  Remollo considered Sestoso to be lighter as a commentator compared to others who also attacked politicians in the city and the province, but they remained alive.

“I salute the dedication of Sestoso to his work, he attacks with evidences and documents.” Remollo was hoping the case will not be shelved under the rag, persons involved shall be put to jail and to divulge the mastermind.

After 24 hours of still fighting for his life as of 10:30 this morning, Remollo was hoping for his recovery and that he will be able to name names

About his possible assassins or even masterminds.  Because he was so secretive, even his wife Lourdes could not access his cellphones. But the wife is definite Edmund is receiving death threats. In fact, he doesn’t want to go out at night.

Gov. Roel Degamo is expected to issue an official statement in a press conference tomorrow.  As you know, Sestoso was handling a block time program for the governor during the last elections and that verbal tussels had continued in the social media between Sestoso and those who are in the opposite camp.

This is the second time in the media history of Dumaguete that a media man was killed by assassin’s bullets, the first was Roger Recaña, a radio commentator of DYRM before, who was also killed in barangay Daro several years ago.

The Kapisanan ng mga Brodkaster sa Pilipinas (KBP) and the Dumaguete Press Radio and TV Club Inc. has scheduled a simultaneous broadcast tomorrow from 8:00 in the morning to 8:30am where members of the fourth estate will air their indignation, work experiences with the veteran anchor and the state of senseless shootings in the city, the most recent of which is the shooting to death of a provincial jail guard. jrg