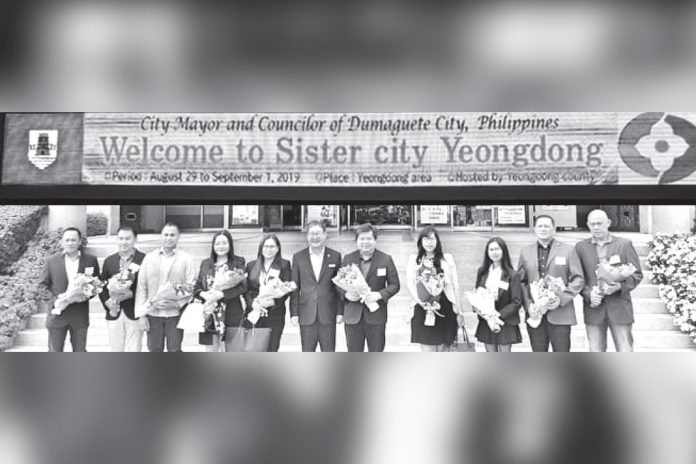 Local officials of Yeongdong-gun County in South Korea gave a warm reception to the visiting delegation from its sister city of Dumaguete led by Mayor Felipe Antonio Remollo who made the trip to celebrate the 10th year anniversary of the Sister City Relationship forged in May 2009.

The delegation visited several tourist destinations in the city, participated in cultural activities and joined the celebration of the internationally acclaimed “Yeongdong Grape Festival.” Mayor Remollo has invited their counterparts from Yeongdong to make a reciprocal visit to join Dumaguete’s Sandurot Festival in 2020.