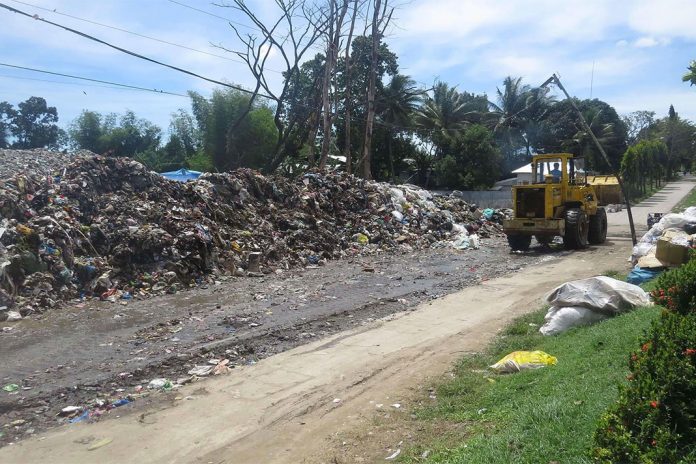 Dumaguete City government has appro-priated P8 million for the closure and rehabilitation plan of the dumpsite in Barangay Candau-ay.

The amount also includes funds for site grading, stabilization and final cover of the 35-year-old dumpsite. With the funding being readied, the project will start within this year, according to City Public Information Officer Dems Demecillo. The appropriation is chargeable against the Environmental Management Bureau Solid Waste Management Financial Support Program of the DENR, he added.

Dumaguete City and four of its component barangays were conferred honor and distinc-tion by the Department of Health (DOH) Center for Health Development in Central Visayas for successfully combating malnutrition through various intervention programs that benefitted their constituents and promoted physical wellness particularly the children.

The Department of Trade and Industry (DTI)- Negros Oriental is embarking on a project that aims to provide another livelihood opportunity for Persons with Disabilities (PWDs).

The DTI provincial office plans to engage PWDs in a training-seminar on cloth weaving as part of their interventions for people with special concerns and also to establish a cheaper source of raw materials for manufacturers of woven products like bags, sling bags, and others. “There are a lot of manufacturers of bags but they source raw materials from other places. That adds to their cost. We would like to hold a training on weaving for PWDs so that manufacturers can source their raw materials here. We also want to report something that shows our concrete interventions),” DTI Provincial Director Nimfa Virtucio explained.

The Regional Inter-Agency Council Against Human Trafficking has recog-nized Negros Ori-ental as the “best provincial government working against human trafficking” in Central Visayas.

“The stigma that has been attached to Negros Oriental as the number one exporter of child laborers some 10 years ago is now erased,” said Provincial Inter-Agency Council Against Trafficking (PIACAT) member and GAD Focal Person Josie Columna. She attributed the success of law enforcement campaigns, advocacies and active involvement of member-agencies of PIACAT which caused the slow decrease of cases of human trafficking in the province. Negros Oriental bested other local government units of the region in five areas: organization; meetings; policy, plans and budget; accomplishments; and best practice.