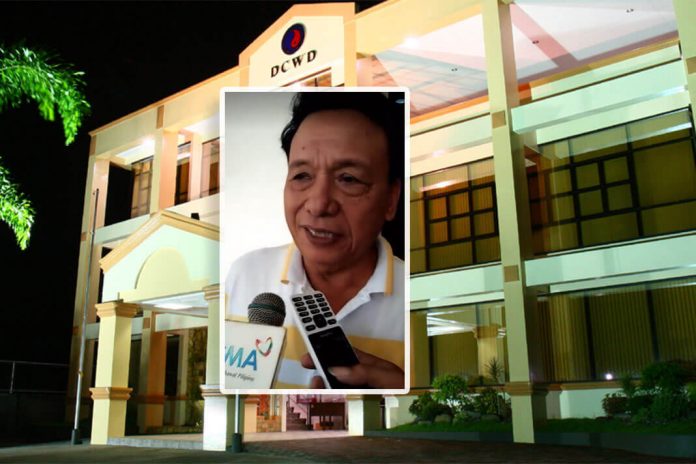 DUMAGUETE CITY – In this 21st century, the sure way to survive in business is to either just remain afloat, or get a big partner and join the big league. It’s a swim or sink option. With mounting demands of users and suppliers of water in the next ten years, the Dumaguete City Water District (DCWD) which claims to have remained independent from political control, has decided to accept but close to stage-3 in approving the unsolicited offer of Metro Pacific investments Corp to partner with DCWD as soon as possible, and help run the ever growing water industry just like how the big league is doing in Manila, Cagayan, and Laguna.

DCWD emphasizes that as of Feb 4, no deal is being sealed but Dumaguete City Water District (DCWD) would not confirm if it is already a “done deal” even without the formalities. AS in the Swiss Challenge method, welcome is now made to others who wish to match or offer a better deal to the DCWD. Then the board will make its best option for city’s 38,800 Dumaguete household water consumers.

As between borrowing P1 Billion with a collateral-asset of only P288 Million in DCWD’s side, GM Dicen claims, borrowing from banks and other financiers who rake huge interests and profits for 25 years, would not be a wise optional.

However, considering this (how unsolicited?) partnership offer on a joint venture with Metro Pacific, Dicen said in a press conference, would be a wiser option because there is no amortization to pay but a simple sharing of 80% for Metro Pac and 20% for DCWD which now allows Metro Pac to run the virtual show, while the Dumaguete City Water District (DCWD) retaining its status as city-franchise grantee.

Metro Pacific honored the City Council’s invitation last Wednesday with a Cagayan de Oro legislator. The DCWD did not come why? Anything wrong?

The offer is now on stage 3: the consultation stage. Will the people approve it? We don’t know. Do the people have a choice? Seems not: since DCWD runs in-dependently and privately by law, and to stop DCWD , the City Government franchise grantor, must cancel the franchise of DCWD and grant it to some others. Which might not exactly be a wise option isn’t it?

So unless there is a better offer aside from Metro Pacific, the city water district is left with such single choice because this could be the only way to survive in the next ten years by joining the big league.

THIS IS NOT FINAL. But we all WELCOME better options and suggestions from anyone and everyone.