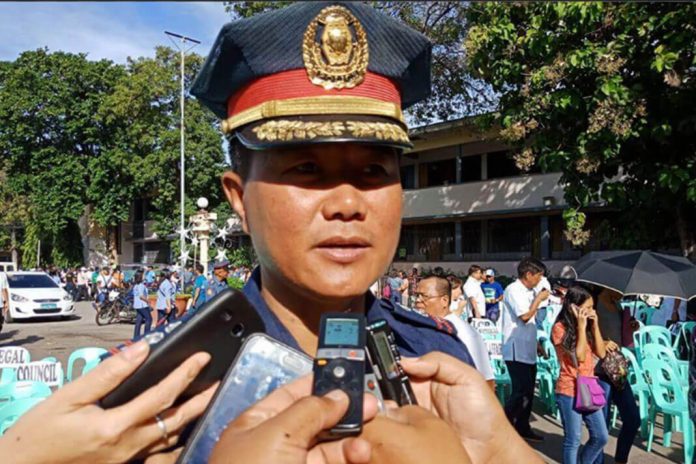 Mayor Remollo announced his choice during the first Monday flag ceremony attended by more than thousand city hall employees and officials on account of Pineda’s fine performance and integrity.

Mayor Remollo also identified as priority for the City Police Department to acquire brand new vehicles and bullet proof vests to improve the mobility and safety of the law enforcers.

It is estimated that P 5 million will be utilized this year for the acquisition of at least 5 new motorcycles, 1 pick-up truck and several bullet proof vests as the city intensifies its crackdown against illegal drugs.

The City Peace and Order Council, chaired by Mayor Remollo, will meet to formally endorse the procurement.

Mayor Remollo stressed that the installation of 350 Closed Circuit Televisions in all 30 barangays also next year will greatly help in the fight against crime, traffic management and disaster response.

Mayor Remollo lauded the policemen for their bravery and dedication in keeping the city safe despite some logistical limitation, which the city is trying to address even if the PNP is under the national government.

Newly-designated Chief-of-Police of the Dumaguete City PNP Supt. Jonathan Pineda has personally assured Mayor Remollo that more policemen will be deployed in the streets not only to increase police visibility but to confront and respond to actual crimes.

The city only has about 120 regular policemen and some 30 police auxiliary, who work in 12-hours per shift. Additional sub-stations will also be established in strategically located barangays.