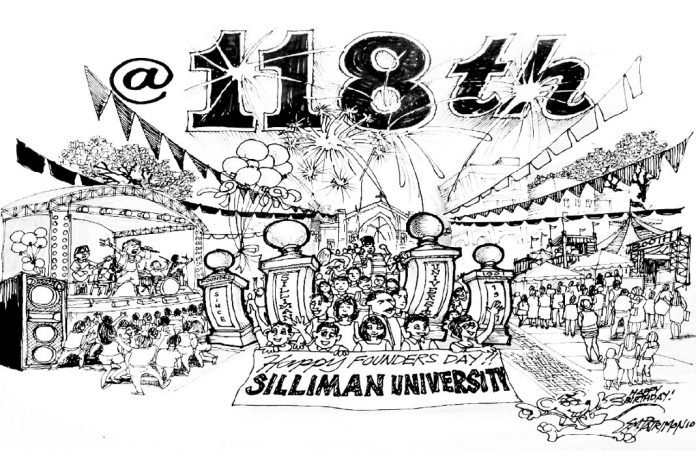 The recent haul of P6.8Million worth of shabu at the Liloan-Sibulan subport and brought in by millennials simply indicates that indeed, the drug trade in local schools and universities is not a small matter in Dumaguete.

Was the big haul just the tip of the iceberg? Many think so.

The trouble is, our authorities and drug enforcers seemingly do no have the usual liberty to and access, to conduct surveillance inside campuses for drug users because this hinges on dangerous grounds between campus freedom and the right to privacy especially in private colleges and universities.

The worse part is some of these schools do not have neither adequate facilities nor surveillance expertise so as to monitor the possible circulation of drugs inside and outside of the campuses.

We are reminded of the inside-jail situation wherein the security seems strict in the gates not knowing that drug repacking is done inside—and under the very noses of the jail guards.

Somehow, the intelligence community tells us that they believe illegal drugs are rampant inside certain private school campuses, dormitories, and private lodging houses. But sadly, the police and PDEA cannot just freely undertake surveillance activities inside private school campuses because that is private property and territory—unless disguised as legitimate lodgers.

When one sees familiar lines of luxury vehicles lined up in school campuses and are also seen at nights at the new boulevard up north of the city, the sight gives enforcers the notion that there is something big going on or about to go on, especially when fiestas, anniversaries and university days are being celebrated almost with unlimited liberty and freedom inside a well-fenced campus— until the wee hours of morning.

So, the probe goes deeper as to where, when, how, what are the backgrounds and connections of those four apparently rich millennials in a flashy red car who were caught and intercepted with P6.8Million worth of drugs, driving all the way from Cebu, wittingly or unwittingly in the proximity and vicinity of a big campus affair just around the corner.

Finally, our two cents’ suggestion: Instead of deploying police troopers inside college campuses trying to snoop around for the communist buggy or drug peddlers or even pimps on-campus, why doesn’t Duterte (nationwide) use its vast intelligence funds to enrol deep penetration agents inside school campuses , hence be able to monitor first hand, — and freely and legally—the movement of illegal drugs, and recruitment of subversive elements which could be detrimental to our democratic space!

Marcos did that, and what a haul on Martial Law day: a gymnasium full of political detainees mostly slapped with subversion cases! —a tip to good friend Ronald Stone.