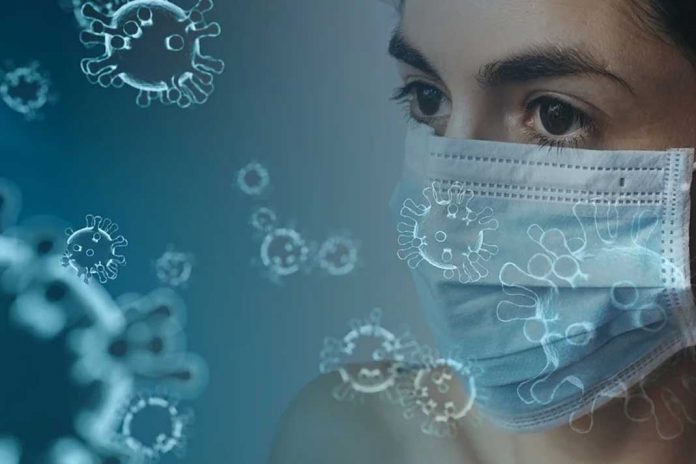 DOOMSDAY DRACULAS, FOR YEARS, have cautioned man that new-found viruses will “kill mankind”.

But the world’s stock markets have collapsed and oil prices at Middle East War price levels. A world-wide recession will follow not unlike what we have seen the Great Crash in the 1930’s- they continue their narrative. Why is this happening?

Now March, already in its third month since coronavirus started in December, there are only 4,000 deaths worldwide, 80% of that in China. The 9-11 terror attack in New York and the Yolanda supertyphoon killed 6,000 people each. Let’s contextualize.

Covid-19’s victims’ number is just a little more than half of that. Consider this, further.

The United Nations says (2017) saw 464,000 homicides yearly (man killing man) or 1,270 deaths per day. And we know for a fact how many suicide deaths occur daily across the globe. Do you get the drift?

One very observant post went this way: (January 7, 2020)- WHO announces the discovery of the (then called) coronavirus; (January 11, 2020)- the first virus casualty in the 61-year Chinese in a Wuhan seafood market was made public.

This coincided with the cancellation of flights; denied entry to in and out of the Philippines- many of those coming directly from China, Hongkong and Macau (parts of the epicenter of the virus). Were we saved?

Those who came earlier than the flight ban came in with facemasks to avoid Taal’s volcanic ash- were not some of them perhaps carriers of Covid-19 and their facemasks saved the Philippines from being infected by their coughs and sneezing?

Very few people are aware that as early as the olden times the native Melanesians near Mt Vanuata with nine active volcanoes used volcanic ash as a treatment for “every conceivable irritation and infection”? Volcanic ash reportedly has characteristics that are “anti-bacterial, antiviral and anti-yeast with overall disinfectant qualities.”

Was the eruption of Taal Volcano just mere coincidence? Was there no Orchestration that such eruption should cover many parts of Luzon with disinfectant volcanic ash and caused the suspension of the entry of possible virus-carriers with the flight cancellations?

Some of our readers might say there is an exaggeration in creating such a connection.

Everyone is entitled to their own opinion, of course.

As of today- there are only   35  Persons under Investigation and  3 deaths in the country. So why are many Filipinos and the world, in general, behaving as if the end of the world has started? Or that Apocalypse Now is here?

The truth is – it is fear that is killing us, not the virus per se.

John Horvat makes the distinction between coronavirus and coronaphobia( fear of the virus). It is largely a fear of the unknown because this germ strikes anywhere and has no known vaccines against it yet.

The anxiety is fueled by mainstream and social media hype and images and the general distrust of the figures coming out of China, to a certain degree.

Yet, it probably does not differ much from the high-grade flu. It strikes people with weak immune systems, elderly people with existing medical pre-conditions and those of us who do not practice good hygiene (hands and body) and live reckless, unhealthy lives. What, then, is the big deal, Watson?

Horvat says what plagues us is “Hobbesian fear of death that haunts modern man” and “a society that values enjoyment of life’s pleasures above all else”- and pushes the medical establishments to come up with quick solutions to the plague.

There is, of course, a cure for coronaphobia. That is for man not to over-react with exaggerated fear nor to trivialize the practical danger. We are advised to face the virus calmly with commonsense and use the standard means of combatting say – the flu.

Maybe this crisis gives man time to reflect on man’s mortality, find meaning in suffering and ponder about the afterlife than just the present worldly pleasures. And reflect on phrases like: “Man forgives; God forgives even more – but Nature does not.” Or “ Only God is Almighty. Humans are just humans.”

Perhaps we can end this Editorial with paraphrased thoughts of the genius-thinkers of this world like Dalai Lama, George Bernard Shaw and Mark Greene(shared by a friend).

During challenging times, we can become so attached to our burdens, more than the burdens are attached to us. Doubt and fear do not empty tomorrow of its sorrows, rather they can empty us today of our strength.

In the intersection of desire and despair, may we firmly decide to be pushers of hope both to ourselves and to others.”  Shalom!