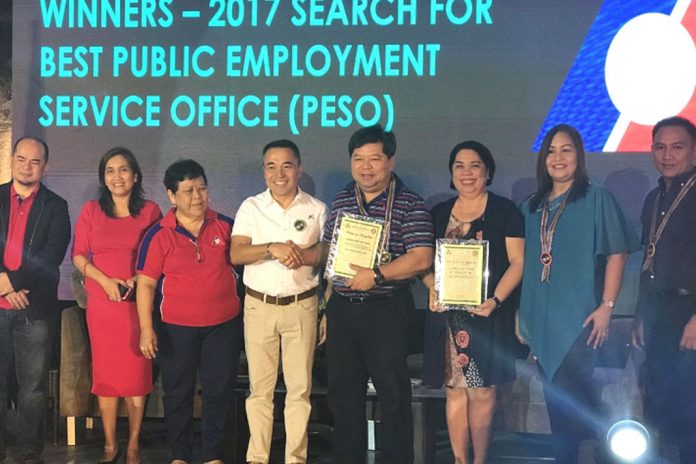 PESO Dumaguete has been instrumental in the hiring of 10, 823 applicants in a series of recruitment activities from July 2017 to June 2018. As the Top Regional Performer, PESO Dumaguete will represent Central Visayas in the 2017 National Best PESO Award for the same category.

Mayor Remollo is humbled that in just a two years, the administration also received the distinction of being the Best Retirement Place and the Second Most Competitive City in Government Efficiency in the country.

This latest accolade for the city under the administration of Mayor Felipe Antonio Remollo is in recognition for the quality and effective services rendered for gainful employment, strong linkages with program partners, and the dedication to provide support to the PESO Managers in the region.

City PESO Manager Maria Socorro P. Mira is also cited for “her creativity and leadership that served as an inspiration to other PESO Managers in the region.”