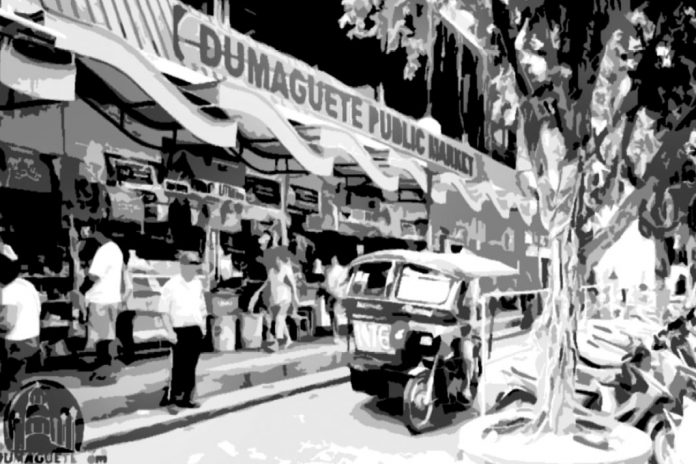 DUMAGUETE CITY – It may not be the mafia in the real sense of the godfather world, but what this City administration is gearing post-election is to dismantle certain forces within the “tianggi” or the Dumaguete Public Market who because of some monumental political and bureaucratic neglect if not tolerance for decades, has become a mistaken symbol of economic and or political pressure (or a block-vote) in the election of city based policy makers.

Simply put, after the market issue was expounded in the last election, it was discovered that since 1987 or for the last 32 years, since the market was rebuilt from the ruins of the 1987 mysterious fire, the original loan of P36million has remained unpaid and has reportedly now ballooned to a whooping P82-million including interests and fines. The city mayor is now digging deeper if these figures are accurate.

Is discovery has stirred the hornet’s nest and prompted the reelected city mayor to dig deeper into the mess and find out the exact reasons and facts behind the report. The market issue has in fact deepened now— instead of being solved. Heads could roll as a result.

Two past administrations cannot shirk from responsibility wittingly or unwittingly. Their past paper trails have to tell the tale why this major loan was not being attended to as it should.

In fairness, maybe because it was a soft easy- term, and long-term loan that payments were simply less prioritized knowing that it was lent by the same government although from a national fund, like the pay-when-able department.

What we do not want to believe is that repayments were in fact made but, were not remitted which we think is a far fetch possibility. Unless proven otherwise…

We also ask: why is the present income from market stalls at a staggering P4 a day per stall, is earning only P2Million a year, —while the market public comfort rooms earn P4millioin a year! Who are the irresponsible policy makers behind this shameful neglectful imbalance?

And who are the insiders big families, in the market who seem to be controlling certain sections we do not want to first mention? Are they making the market their milking cow? What has the City Government been doing all these years to stream line market operations to the fullest?

The central market is suppose to be one of the biggest income-generating division of the City Government and not a losing or stagnant enterprise.

Who said that the market is the 31st barangay of the city that controls certain number of thousand voters on elections? And the tricycle sector is it the 32nd barangay being a vote-getter sector?

Is this why these two sectors were not fully taxed as much because it is a vote-rich sector? Who is really pampering them?

Is it true that the reelected mayor was reportedly but unofficially junked by these sectors in the last elections?— hoping his probing instincts as a trial lawyer will not be cast upon them?

Now it is time to uproot and dismantle the “market mafia” who might still think they are in control –or do they exist at all?

As a people, our only interest here is that the City Government should not be short-changed from what is due our public coffers, in terms of a standardized market stall rentals, correct business taxes, and fees for the good of the general welfare.

Get your business web tasks done by a dedicated, pre-vetted Web Tasker!