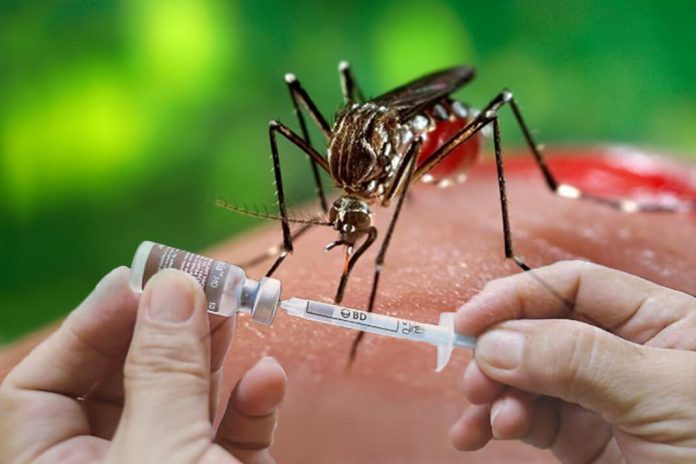 DUMAGUETE CITY – AS OF THIS WRITING, DECEMBER 12, 2017- the Senate and the Department of Health are investigating the immunization of 860,000 children with Dengvaxia, the Sanofi (French drug company) alleged “wonder cure” for the dreaded dengue that has cost hundreds of lives in the Philippines.

The trouble started when Sanofi announced on November 29 that those children “not previously infected with dengue” but vaccinated with Dengvaxia might acquire a worse disease than dengue.

The other trouble is – to retest the 860,000 children if they were earlier dengue-infected would cost P1, 500. For 860,000 children that is a whopping P1.3 B expense. Huge. (We also realized that one can also have dengue without showing its symptoms- which multiplies the trouble exponentially).

What is abundantly clear is that there were shortcuts done in the implementation during the Aquino Administration. That is a given.

But the more important question is a moral and legal one. Where those ”Aquino Men” rushing the project for pure “humanitarian reasons” of saving lives as soon as possible or were driven by financial gain (kickback for the boys) and political mileage (election was approaching and we found a cure)?

We do not owe the Aquino Government anything and we certainly will not apologize for them. But – fair is fair.

Was Sanofi mentally dishonest? Did they know Dengvaxia needed more medical tests to prove there were no complications but pushed for its sale, anyway? Were these findings thoroughly new and were “unknown territory” till then and therefore is an unfortunate medical research catastrophe?

Either way, the need to refund P3.5 B (if it was all paid) is a must for Sanofi to do. Setting up a Special Fund to rehabilitate those injured because of this experiment, as well. It is morally unconscionable, likewise, for Zuellig-Pharma, the drug distributor to keep its profit from marketing the defective drug. Therefore, Zuellig should surrender the profit to the Special Fund.

Other gung-ho folks are quick to compute immediately that the Aquino Government “probably” profited P350-M (10% sic -kickback) of the deal and was used to finance the 2016 polls for the then incumbent Liberal Party.  And that the meetings of President Noynoy Aquino and the Sanofi President in Paris in December 2015, as well as then DOH Secretary Janette Garin’s with Sanofi officials, are proof positive something crooked was done.

One should back up allegations of malice with facts.

For one, Aquino attended the Paris Climate Change global meeting (three days) and only met the Sanofi president on the side. Besides, is it true that that high-level meeting netted the Philippines a 30% discount from the Sanofi president? And a DOH Secretary meeting a major supplier of an antidote to a raging disease in the country is no suspicious matter. Would you rather send your technician and talk about a P3.5-B deal? Logic, Watson.

Besides, P350-M (kickback) is nothing for national polls. Remember- Presidential Spokesperson Harry Roque himself said he is not interested in being a senator (because “I
do not have P500-M) – presumably the cost of funding a senatorial campaign. So what is P350-M?

Would a president of this republic risk his neck and reputation to fund half a barrel of one senator’s election? And where did the accusers get the 10% figure as a kickback?

Also- the re-alignment of P3.5B government money towards funding the vaccine purchase must be thoroughly investigated, not all re-alignments are illegal. And coursing the purchase through the PCMC (Philippine Children Medical Center) rather than the DOH is perfectly legal under the charter of the children’s hospital.

On the other hand, there is no single DOH secretary who should be singled out as the only culprit in this mess. The search for a dengue preventive cure and the eventual approval of Dengvaxia -has been a long institutional process of the DOH since 2010.

While it is true that some local medical practitioners and activists wanted to delay the implementation of the vaccine due to their own intellectual reservations about the efficacy and safety- the DOH secretary does not receive orders from them. The DOH listens to the WHO (World Health Organization). The point is the United Nation’s WHO was to give its final take on Dengvaxia as early as July 2016.

If the new November 29 medical findings of Sanofi differed from the UN WHO’s ruling back in July 2016- is the Philippine government now to be blamed for the fiasco? The WHO never made a fuss regarding the product till even now.

The whole point of this Editorial is to state that investigations should focus more on the culpability of Sanofi and Zuellig in this whole sad episode instead of assigning political and financial malice to anyone.

Aquino, Benigno is no saint but to allude immediately a kickback scenario – unless evidenced by facts rather than conjecture is unfair.

Let us stop this investigation and let Sanofi cough up the cash to refund the payment of P3.5-B and rehabilitate the would-beaffected children. Every day that we spend grandstanding on this issue- endangers the lives of those 860,000 children further.

Be reasonable, gentlemen and ladies. Suffer the little children to be attended ASAP.