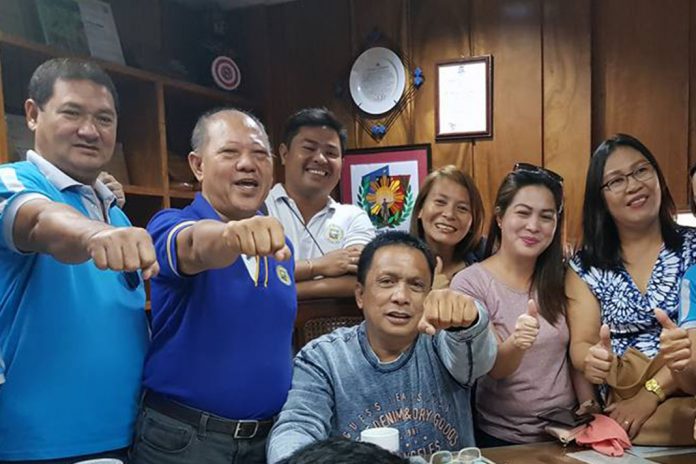 NEGROS ORIENTAL – Like a resident rather than a patient who did not comply with the doctor’s orders, returning Gov. Roel Degamo last January 17,  has sweepingly revoked all orders and memos issued by his 90-day  capitol “caretaker” and assumed surgeon-specialist governor Mark Macias because it was in alleged deviation from what they both agreed for a 90-day status quo at the capitol.—while Degamo served his 90-suspension from office.

This development virtually “slashed anew old political wounds” and is perceived to be another renewed conflict between the provincial executive and the provincial board whose majority is aligned with Macias.

Ironically it was this Degamo-board conflict that ignited the P10-M intelligence fund-feud  that resulted in Degamo’s dismissal by the ombudsman, but now restored via a 60-day TRO temporary restraining order.

MOREOVER, if Degamo fails to secure a permanent injunction after 60 days when his TRO expires, then Macias is likely to return to the capitol again in this seemingly endless political dejavu.  Degamo feels confident that he is still covered by the Aguinaldo doctrine.

Meanwhile, all acts of Vice-Governor Mark Macias while he was the governor for 90-days  up to Jan 17, have been invalidated by returning Governor Roel Degamo when he resumed office on January 17 after serving the preventive suspension imposed on him by the Sandiganbayan. Then, Degamo’s dismissal  by the Ombudsman that followed, was restrained for 60-days while his P10-M graft case continues.

First, all job order workers who were dismissed from the service by Vice-Governor Macias have been reinstated. It can be recalled that Macias did not renew the appointments and job orders of hundreds of personnel in line with his objective of streamlining and downsizing the Capitol workforce. But the impression of Degamo’s camp, Macias was simply using it as a pretext in removing the JOs who are mostly Degamo loyalists.

The mere dismissal of the JOs provoked a backlash as the camp of Degamo accused Macias of breaching the agreement that the latter will not terminate the existing employees and JOs even if Degamo has temporarily stepped down from office.

Degamo said that the ruling of the Court Appeals has issued a Temporary Restraining Order against the Office of the Ombudsman and Department of interior and Local Government from enforcing the dismissal order of the Ombudsman against him also includes a status quo ante, which restores the “previously state of things.”

For Governor Degamo, this means that all orders, reshuffling of key officials, dismissal of JOs, alteration of the projects, termination of the medical mission and other acts performed by Vice-Governor Macias shall be revoked.

This gives license to Governor Degamo to oust the department heads designated by Macias such as Berchman Patrimonio of the General Services Office, Alicia Lagarde of the Provincial Social Welfare and Development Office and other officials installed by Macias to be replaced by the Degamo’s preferred executives prior to his suspension.

The Magdegamo medical mission and a number of projects, that were allegedly discontinued and delayed by Macias will resume. Reforms in the granting of permits to quarry, usage of Capitol facilities and the revival of special boards/committees by Macias will be set aside to the relief of some who were adversely affected or inconvenienced.

For now, the detente or the easing of hostilities between the camps of Governor Degamo and Vice-Governor Macias prior to the preventive suspension was shattered when the latter allegedly broke the status quo agreement. It may take a while before civility and warm relations between the two camps and their supporters shall be restored.