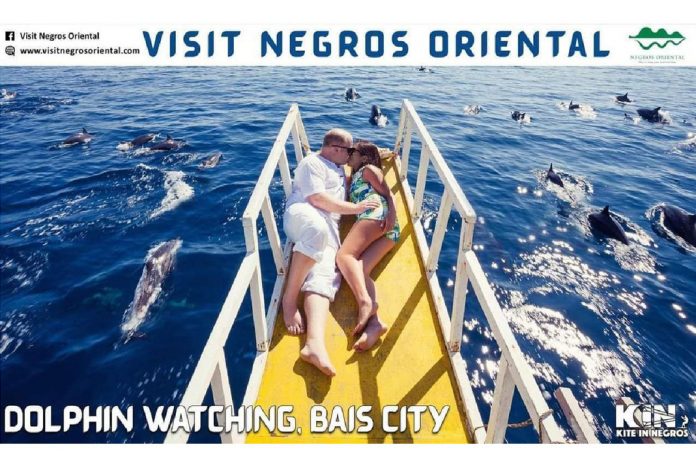 NEGROS ORIENTAL – A giant billboard measuring 30 x 50 feet, and costing the province’s taxpayers money a whooping P1.5 million for three billboards, in advertising expenses displayed in Metro Manila promoting Negros Oriental tourism turned out to be offensive to the senses of many social media reactors, prompting Governor Roel Degamo to pull out this ad from the streets of Metro Manila as a means to modify the negative reactions.

This one was posted at URC Flour Plant, along C5 Bagon Ilog, Pasig city.

Facebook commented the billboard “photo was sexually suggestive, inappropriate and sending out the wrong message.”

Technically, the P1.5 million advertisement paid by taxpayers’ money is laudable and legitimate. However, the display of a stocky foreigner hugging a native Negrense woman on board a pump boat became the point of emphasis instead of the dolphins frolicking eliciting valid reactions to sound the bad taste alarm, which the Governor obliged in order to avoid further adverse effects. Myla Abellana, provincial tourism officer said that they borrowed the picture from a married couple in the south.

Provincial Tourism Officer Myla Mae Bromo Abellan reportedly admitted that there are about three billboards and the picture was borrowed from a married couple and with good intention.