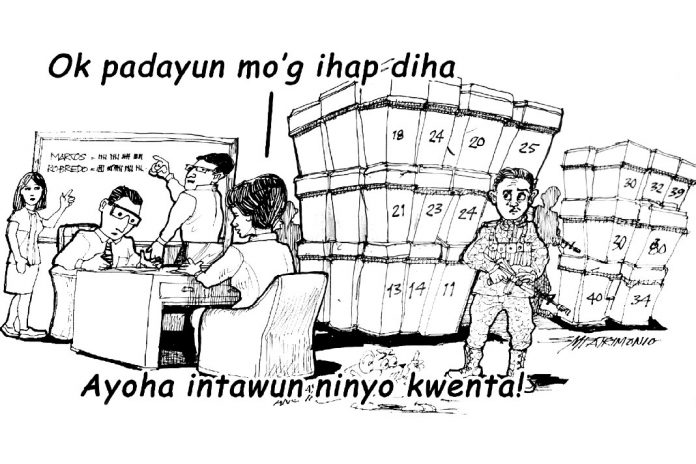 Over the week end, the Supreme Court, as the Presidential Electoral Tribunal (PET), recently ruled to do away with the contentious shading thresholds as basis for segregating ballots in the protest filed by former senator Ferdinand Marcos Jr against Vice President Leni Robredo.

In a step that could fast-track the recount, justices of the tribunal unanimously agreed to refer to election returns (ERs) – the document reflecting totals from polling precincts – in determining how the votes would be credited to either candidates.

“The Head Revisors were directed to refer to the election returns to verity the total number of votes as read and counted by the Vote Counting Machines,” the 21- page resolution, promulgated on Tuesday, September 18, read.

The resolution amends Rule 62 (Votes of the Parties) of the PET Revisor’s Guide, “effective immediately.” Its amended part now reads: “The segregation and classification of ballots shall be done by referring to the Election Return (ER) generated by the machine used in the elections.”

Debate ends on 25% and 50% ballot shading thresholds: Marcos, who lost to Robredo by a narrow 263,473 votes in the 2016 vice presidential election, has identified 3 pilot provinces in his protest: Camarines Sur, Iloilo, and Negros Oriental – the first one being Robredo’s home province, where she won overwhelmingly.

Should significant discrepancies be discovered between the previously credited number of votes and the recounted votes in these 3 areas, the ballots from 24 other provinces and cities that Marcos questions would be recounted.

So let the law take its course. We are in a democracy, let us await for the final ruling of the Supreme Court.