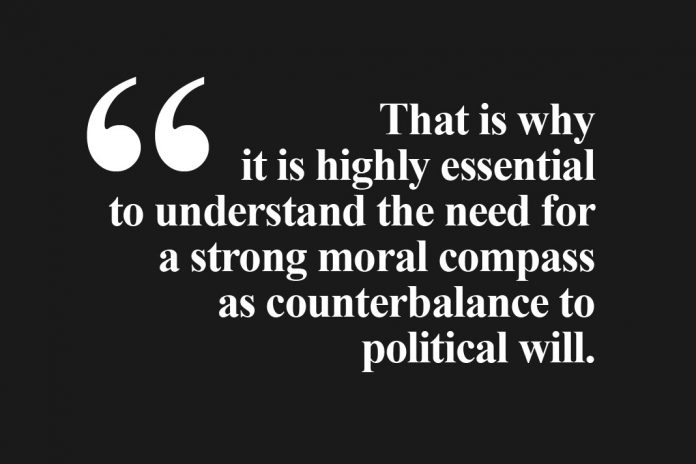 Palpable among many countries at present is this shift towards Strongman politics. You’ve got so-called Strongmen at the helm of national leadership — tough-talking populists who have little to no regard to due process. This particular archetype is characterized by vigilante heroism where rule of law takes the backseat in favor of order, of protection, of the greater good. At the very core is this message, “We can protect you from THEM.” Them, of course, would depend on the country’s respective context: corrupt politicians, drug pushers and coddlers, minorities, the elite, and so on. Illiberal democracy becomes the norm while the Strongman flexes his leadership muscle through macho, take-no-prisoners rhetoric and support for aggressive, no-nonsense policies.

This emerging trend seems to be a stunning rebuke to the sluggish wheels of democracy. Why go through the hassle of checks and balances, of deliberate consultation and discussion, of dawdling due process when there’s a shortcut that promises immediate outcomes? People have been frustrated for far too long. We want results…and we want them now.

However, it is in this hurried, results-without-delay type of situation potential disaster lies. The Trump administration’s zero tolerance policy to all border crossings is a perfect example. Said policy was not clearly thought through that it led to children being separated from their families. As if the trauma was not enough, these children were kept in kennel-looking holding areas much like animals. Up to now, some children have yet to be reunited with their parents.

We do not have to look too far to see how “fast and furious” policies can cause more harm than good. The Train Law has added fuel to the fire, driving inflation to a historical high, breaching five percent territory just this month. The President’s drug war, meanwhile, has claimed over 12 000 lives according to the Human Rights Watch World Report 2018. And we are no longer spared. Such climate of violence has spilled over our streets. It would seem that not a week goes by without gun-related violence.

That is why it is highly essential to understand the need for a strong moral compass as counterbalance to political will. And that is what these Strongmen leaders struggle with. Think Russia’s Putin, China’s Xi Jinping, Venezuela’s Maduro. If we were to draw a Venn diagram, so many things can be written down where the circles converge. On one hand, there’s decisiveness and immediate action. On the other, vilification of opposition, animosity towards media, disregard of due process, and removal of term limits. These practices impugn individual freedoms and may even cause state-sanctioned abuses. If we are not vigilant, we might follow suit.

I still believe there are leaders out there who do not have to subscribe to Strongman politics to get things done. I’m talking about those with both political will and an unwavering moral compass. Nelson Mandela is one example. In South Africa where apartheid-caused division ran deep, he chose kindness and forgiveness to heal his country. In three years, he was able to unite both the whites and the blacks under one flag. There’s Mahatma Gandhi. A frail-looking man, he is the complete opposite of the Strongman leader image. He utilized NON-VIOLENT civil disobedience to lead India to independence. Abraham Lincoln comes to mind, too. He led the US through the American Civil War and, in the end, preserved the Union, strengthened the federal government, and modernized the economy. His greatest moral triumph was the abolition of slavery, the first step in ending the many abuses done to African Americans.

While these leaders are seemingly larger-than-life, they started like any one of our leaders. With mid-term elections just a couple of months away, may we find the courage to make an inspired decision as we practice our right to vote. We need leaders who have strong political will and an even stronger moral compass as counterbalance. There are still good men and women out there who deserve our vote. Let us not take such responsibility lightly. The future of our country is at stake.