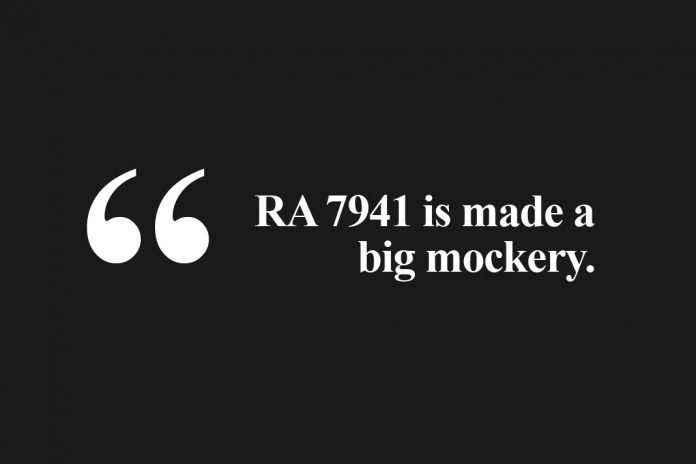 There is no argument that only rich people can win in an election of any level… Senators for instance can not hope to win without at least 80 to100 million pesos in order to wage a nationwide campaign.

Congressmen, governors, mayors and councilors down the line also have their respected minimum election budgets otherwise only a miracle can make them win the elections.

But the most scandalous electoral anomaly is the Party list system which was supposed to represent the poor marginalized sectors who have no voice in legislature. They are not supposed to be represented by the rich millionaires and billionaires, but sadly this prohibition is truer in its breach.

The truth of the matter is that despite the prohibitions of RA 7941 which disallows rich people to represent the poor sectors of society in the party list system, for the obvious reasons of conflict of all interests, it is still the rich who win the party list election to the exclusion of the poor.

In short the spirit of the law on the party list system is more true in its breach and that is very bad and sad, the Party List System better be abolished because the law.

Looking at the SALNs of some of the party list winners like Pacman’s Mikee Romero who might represent the poor boxers and athletes, has a net worth of P7.9billion pesos.; the village of Manila teachers is represented by Virgilio Lacson who a net worth of P793-million; Agri party list represented by Delphine Lee who is worth P254million; Angkla; Jesulito Manalo who is worth P124million;

Moreover, those millionaires in their own rights and leading political dynasties like Abono;s Conrado Estrella; LPGMA’s Rudolfo Albano of Isabela; Abono’s vini Ortega of La Uniion ; SBP;s Ricado Belmonte Quezon city and PBA’s Jericho Norgrales of Davao city to name a few who are all relying on a favorable mandate by the Supreme Court.

The only conclusion why the rich are not banned from running, and are protected despite the prohibitions in RA 7941, is because no poor complainant can ever hope to win a very costly electoral protest if a case is filed. Besides, why should the powers that be , begrudge a rich winner who can help them in the courses of their political cohabitation for the rest of their terms in office?