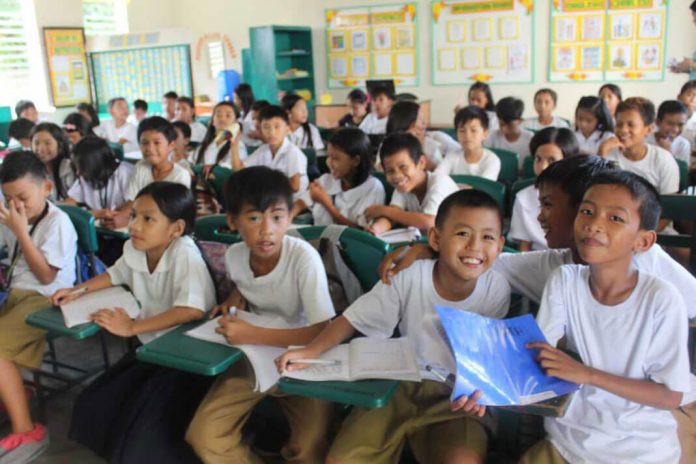 The proposed budget to bring electricity to public schools will jump nine-fold to almost P3 billion next year, a crucial step in bringing an estimated 7,413 schools “out of the dark ages,” Senate President Pro-Tempore Ralph Recto said today.

One in six government elementary and high schools is not connected to a power grid, Recto said, citing a 2015 official report.

Of these 7,413 schools, 5,911 have no access “to a single watt of electricity,” while some 1,492 upland and island public schools make do with solar panels or generator sets.

“Almost half a century after man first walked on the moon, millions of students still go to schools without electricity in this corner of the earth,” he said.

But a P2.97 billion allocation in the DepEd’s proposed 2018 budget for “electrification of on-grid schools” will soon allow students in these public schools “to switch on computers, lights, and science equipment,” Recto said.

For years now, Recto has been pressing DepEd to attend to the needs of electricity-less schools, “to treat power and water as a basic education material like books and classrooms.”

Power, he said, is an indispensable requirement in the drive to modernize schools. “Wi-Fi, tablets, computers – they have to be plugged in to a power source.”

He noted that public schools without a reliable source of power will be left out of DepEd’s multiyear program to computerize classrooms.

The program receives billions of pesos in funding, P6.8 billion this year and P8.6 billion in 2018.

Recto said for schools far from power grids, the government has no option but to provide them with solar panels, or if they already have, add more.

Three years ago, only 899 schools had solar panels, Recto said. “But the boom in solar panel production has caused prices to fall, so there is no longer any excuse not to tap this clean energy.”

The senator has advocated the mandatory installation of solar panels in all of 46,739 schools, “and using these to power up science laboratories so that students can have an actual example of a science lesson.”

Recto expressed hope that DepEd’s P3 billion fund for electrification will be spent on time, “and shall not suffer the fate of many delayed education projects.”