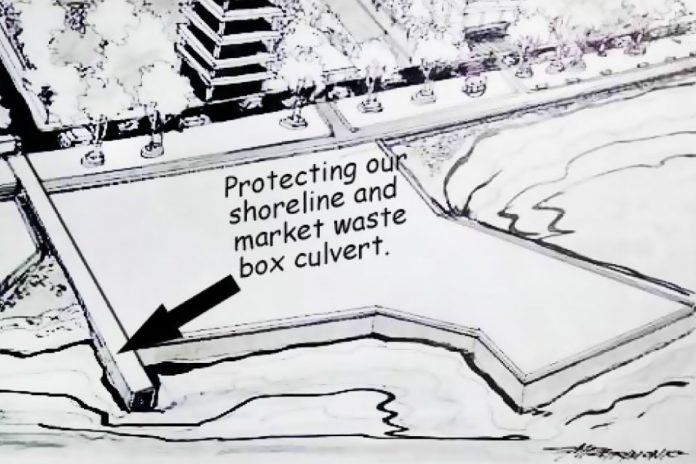 There are two old laws that authorize and empower local governments to reclaim their shorelines in order to protect these from the erosions of time and climate and environmental changes.

In the case of Dumaguete City, the Remollo administration has initiated a futuristic protection of our shorelines in order to anticipate adverse changes in the environment.

Although two laws empower the city government to reclaim its local land environs, namely rep. act 1899 of 1957 and Rep. Act 5797 or the city charter itself as amended in 1969, as authored by our local legislators, the city is not reclaiming full scale but simply engaging in shoreline protection.

What is shoreline protection? It is the act of refilling the frontlines of our shores so that erosion, storm surges, and big waves will not destroy our shoreline perimeters. In the case of the boulevard, historically, our local leaders in the past filled up our city shorelines with boulders and sand and created a man-made sea wall to protect Dumaguete from big waves. Instead, the beautiful boulevard was formed.

As an added bonus, these shoreline protection pieces of flat land, sand, and boulders have been formed into a new playground for our youth where they can now play football, beach volleyball, freeze bee, or simply a new place to stroll and jog where people have a new place to enjoy nature, the sunrise and sunset. To us, this opportunity to enjoy nature and promote good health is A PRICELESS LEGACY from the government for the people.

Better still, the city government secured an environmental clearance certificate or ECC so as to prepare for future exigencies since ECC is only required for those beyond one hectare from the shorelines. The present shoreline protection project is less than a hectare.

The role of the PRA is simply to regulate shoreline improvements and not to issue permits to reclaim lands because the LGUs are already given reclamation powers by RA1899 and the city charter itself as amended RA5797.

That cease and desist order by the PRA, we believe, is out of bounds. It obviously did not know these old existing laws about reclamation powers by the local governments. But in fairness to the PRA, it could only be thinking of big-time projects like Roxas Boulevard, Mactan, or SRP in Cebu.

Obviously the new PRA people are not aware of the old laws of reclamation that empower local governments to do so with full autonomy.