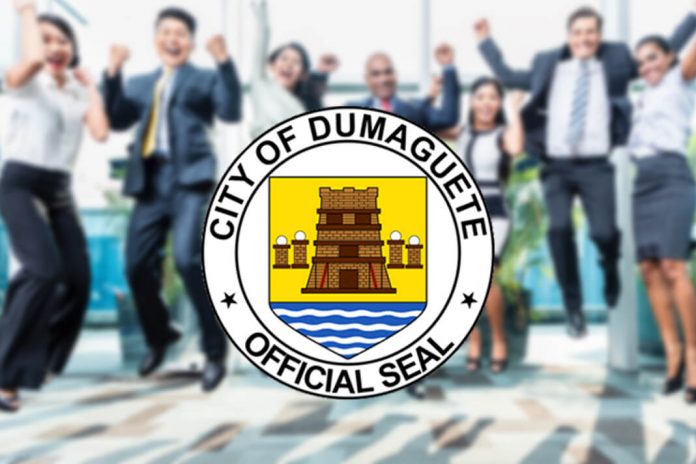 DUMAGUETE CITY – After granting a P50/day raise to all job order workers, its the turn of the regular employees in all 28 offices of City Government of Dumaguete City to receive salary increases, additional benefits and premiums in compliance to the step increment provided by law totaling an additional P3.6 million for the current year budget on personal services.

Assistant City Administrator Dinno Depositario said that the last time the regular employees of the city hall received a pay hike for step increment was in 2008, which prompted Mayor Felipe Antonio Remollo to implement this year the increase in the salaries, premiums for PhilHealth, PAG-IBIG and GSIS as well for the mid-year bonus and 13th month pay.

Mayor Felipe Antonio Remollo said that the City Treasurer’s aggressive collection in taxes and revenues and the prudent use of funds allowed the city administration to grant the step increment for all regular employees without breaching the PS limitation.

This is part of Mayor Remollo’s effort to professionalize the service by granting all allowable benefits to attract and retain qualified and industrious civil workers.

Shortly after assuming office in 2016, Mayor Remollo also granted a P 50/ day increase in wages for all Job Order workers making compliant to the minimum daily wage as required by the Regional Tripartite Wages and Productivity Boards in Central Visayas.

City Budget Officer Antonieta General said that there are 478 regular employees and four incumbent councilors who will benefit of the increase.

General added that only regular employees who have been in service for three uninterrupted years are entitled to a step increment along with the increase in salary and benefits starting January 2018.

The Civil Service Commission explains that step increments allow employees to progress from Step 1 to 8 of the salary grade allocation of his or her position in recognition of meritorious performance based on a Performance Management System (PMS) approved by the CSC and or through length of service in accordance with the rules and regulations promulgated.