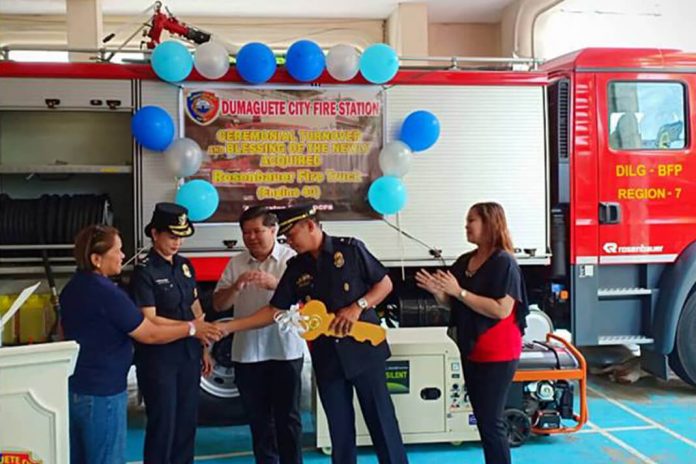 DUMAGUETE CITY – Local fire fighters in Dumaguete City received a major morale booster with the commissioning of the newly acquired P17.5 million brand new modern fire truck that is described to be among the “finest and top of the line” today. 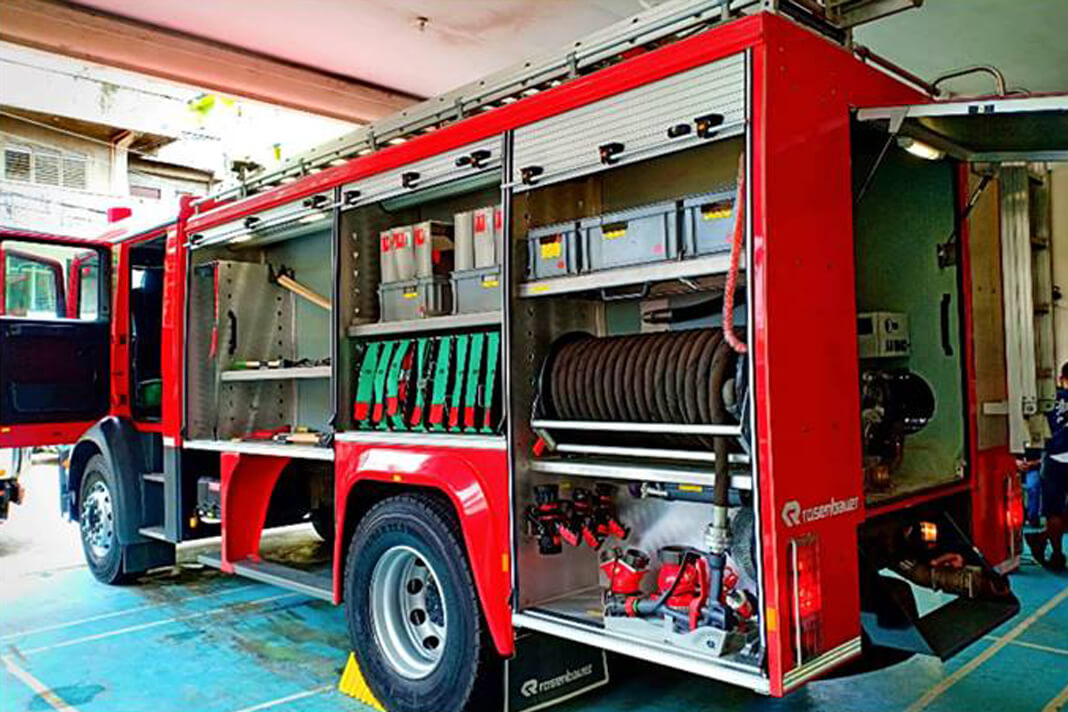 Mayor Remollo, who supported the acquisition of the equipment, said that this is just one of his administration’s plans to modernize and improve the firefighting capability of the local firemen.

He has also provided funds for the purchase of rescue equipment, water tanker, generators and logistical support to the local fire department. The city government will also donate a 1.5 hectare lot as the site for the new fire station in Barangay Talay in addition to the sub-station in Barangay Daro.

“We are fortunate that among the hundreds of cities and municipalities in the country, Dumaguete City, became one of the few recipients of the newest, modern and brand new Rosenbauer fire truck through the efforts of Mayor Remollo and Supt. Candelario,” City Fire Marshall Bautista stressed.

After the ceremony, Mayor Remollo and Councilor Alan Gel Cordova joined the demonstration newly acquired brand new Rosenbauer that is capable of discharging water in solid stream up to 2, 400 liters per minute that can reach to 62 meters horizontally and 24 meter horizontally or equivalent to an 8-storey building.

It is capable of five (5) simultaneous discharges of water in different nozzlesand can operate in mountainous highly incline areas with its 240 horse power engine.

Mayor Remollo said that this part of the efforts to modernize the firefighting capabilities of our local firemen with the support of the Department of Interior and Local Government.