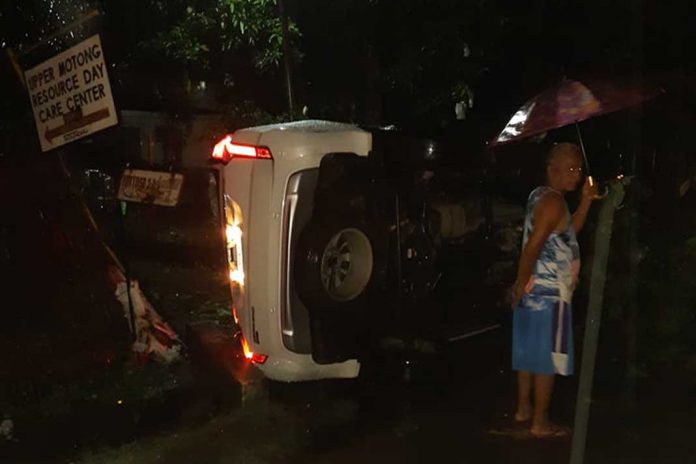 City Police Chief P/LtCol  Mark Gifter Sucalit  ( below right  )  told Mayor Felipe Remollo that he was going to investigate this case of a white SUV Van which turned turtle in Motong near the upper Motong Daycare Resource center as the road  sign beside the van indicates, which police noted,  was not recorded in the police blotter.Why? –COP Sucalit asked.

Neighbors say the accident happened allegedy  on the rainy  evening of June 25 shortly past midnight.  At right is a Motong resident who witnessed the accident. Some  neighbors said the accident might  not have been  recorded in the police blotter because of the rain.. The neighbors were worried who  the driver was  who may have had a passenger; were they  safe and unhurt?   Motong Barangay Captain Diony Amores, LIGA president, will be requested by COP Lt Col Sucalit to shed light on the incident. (contributed)