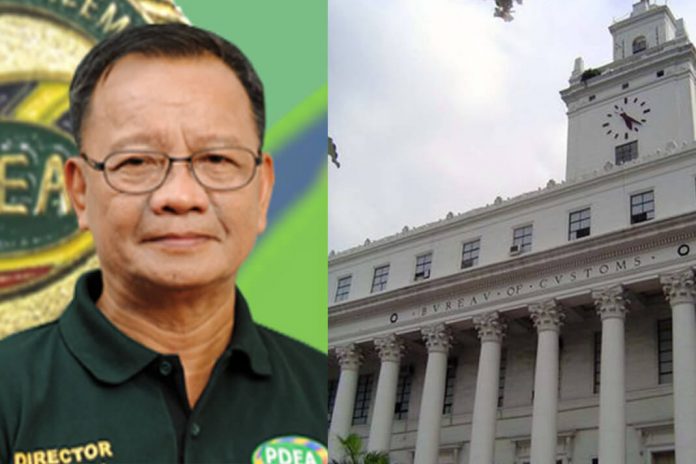 Isidro Lapeña, the newly-appointed Bureau of Customs commissioner, “has no time be an OJT and should hit the ground running after a P1.28 billion daily collection goal” that is vital to government operations.

This was pointed out by Senate President Pro-Tempore Ralph Recto, who said that the Bureau of Customs chief’s main mission is to rally the 3,031 employees of the second biggest revenue earner to hit their assigned collection target of P468 billion this year.

“For the Bureau of Customs (BOC), the scoreboard that matters is the one that shows collections. Because if it fails in its collections, many government programs will suffer,” Recto said.

Recto said Lapeña’s other important marching orders come from President Duterte in his Budget Message for 2018, in which the chief executive demanded the stomping out of smuggling.

Duterte said Bureau of Customs (BOC) must launch an “aggressive campaign against smuggling,” because it “deprives us of more than P165.5 billion in potential revenues yearly.”

On oil smuggling, “the government has been losing revenues of up to P44 billion a year due to fuel smuggling and adulteration,” Duterte said on Page 12 of his 37-page Budget Message, which serves as the cover letter that explains the highlights of the P3.767 trillion 2018 budget he has sent to Congress.

To meet its 2017 collection goal of P468 billion, Recto said Lapena must craft “a catch up and turnaround plan” to arrest its consistent record of failing to meet collection goals.

Recto said that amidst the controversies surrounding the agency, the bigger picture is that BOC’s revenue goal represents a fifth of the total tax revenue target for 2017.

“20 centavos for every tax peso. Thus it can be said 20 percent of the total length of roads built, classrooms constructed, medicine bought, and textbooks distributed this year will be financed by BOC collections,” he explained.

In terms of PhilHealth insurance for indigents and seniors, it can be extrapolated that BOC’s share in funding would enroll 8.76 million individuals, Recto said.

Recto said Lapena must gear up the BOC for tougher times ahead. “For next year, its collection target, on the very optimistic premise of many new taxes, is P637.1 billion, or 39 percent bigger than its current year goal.”

Recto said the appreciation of the dollar against the peso, plus the above-forecast prices of oil should bode well for the BOC.