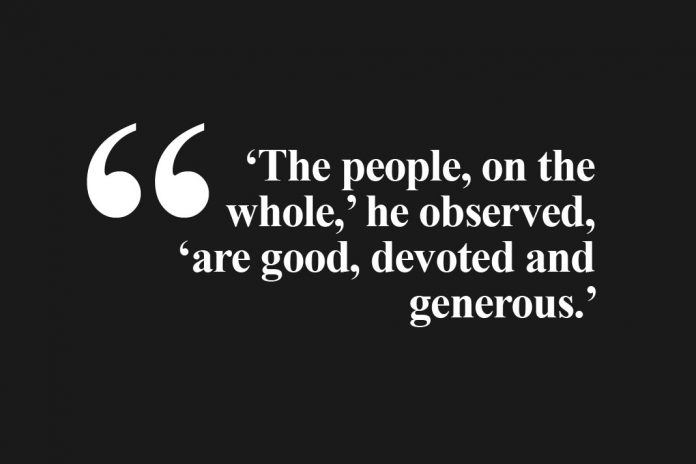 Mons. Frederick Z. Rooker was Bishop of Jaro in 1903-1907. On May 25, 1904, Bishop Rooker made a pastoral visitation to the capital town of Dumaguete in Negros Oriental.

“The people, on the whole,” he observed, “are good, devoted and generous.”

Several days after in June 11- 13, the good Bishop of Jaro made a similar visit to the town of Amlan.

Having shown the photo of Bishop Frederick Z. Rooker and his signature on the parish canonical record of marriages on his June 12, 1904 visit, we made the following comments.

Among others, the June 1904 canonical visitation of the Bishop Rooker to Amlan caused a letter to be written captioned “The Situation in Negros Oriental.”

The letter was published on January 13, 1905 in both English and Spanish in the newspaper El Tiempo of Iloilo. The author was Arthur W. Prautch.

The letter contained two among six statements that were adjudged as libelous by the Court of First Instance of Iloilo, having malicious intent and purpose to discredit the dignity of Capt. Robert Page. The two statements were as follows:

1. “Captain Page is charged with taking the president of Amblang by the scruff of the neck and forcing him to kneel down to Bishop Rooker, although the man protested that he was an Aglipayano.”

2. “Captain Page accompanied Bishop Rooker with twenty-five Constabulary soldiers; he forbade their going near the Aglipayan Bishop, but ordered them to go and salute Bishop Rooker.”

In a decision made on 25 March 1908 the Supreme Court found the accused, Mr. Arthur W. Prautch, guilty of the crime of libel, and imposed on him a fine of 500.00 pesos and the cost of the proceedings.