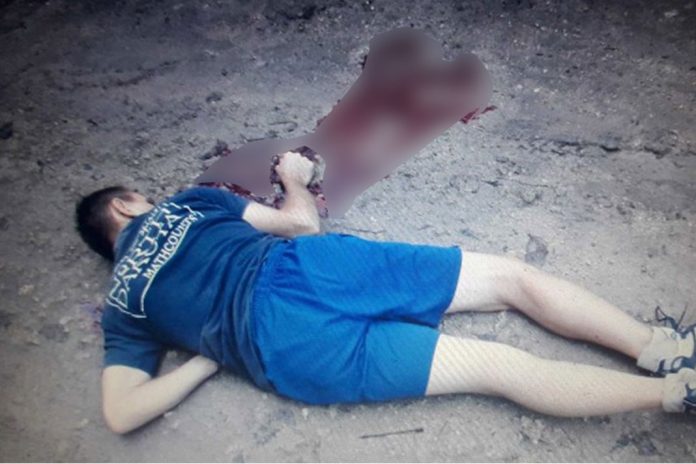 TAGBILARAN CITY – The fatal shooting of a 63-year-old retired US soldier has baffled even expats in Dumaguete  even as the incident happened in the nearby tourist island of Bohol since hundreds of tourists from Dumaguete Negros Oriental cross the channel  for a short ferry ride to the island province of Bohol.
Many tourists are fearing into visiting the famous tourist island famed for their chocolate hills and panglao sandy beaches.  Unless the authorities find the suspect or suspects in the murder of this retired US soldier who married a Filipina and is now residing in Bohol.   He was shot while jogging at 5am in a barangay road  in the town of Baclayon adjacent to the capital city of Tagbilaran.
As a backgrounder, here is the story…..

Weig was an American national who married a Boholana and lived in Baclayon.

According to Halasan, Genorga personally inspected the crime scene at a secluded area in Barangay Upper Laya.

The fatal shooting took place at around 5 a.m. on Sunday while the victim was jogging along a barangay road.

Weig sustained one gunshot wound in his head and another in the body.

According to Halasan, the gunman was likely riding a motorcycle for a quick getaway.

Residents also told police that prior to the killing of Weig, they heard a motorcycle circling the area.

However, authorities have yet to determine the number of suspects involved in the shooting while there were no bullet casings found in the crime scene.

As investigations proceeded, police said that they are still facing a blank wall as to the identity of the gunman and the motive behind the murder. (A. Doydora)