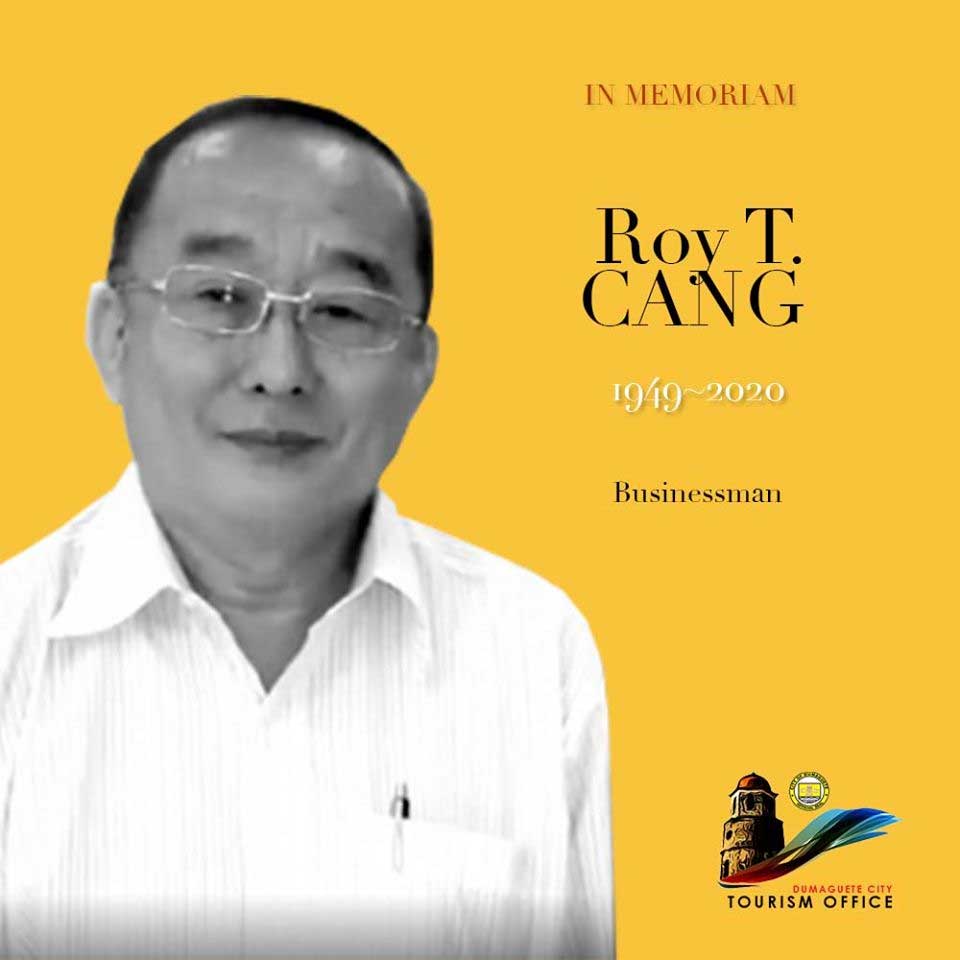 ROY T CANG, SCION of pioneer businessman’s family in Dumaguete, succumbed on May 5  9am at the Silliman medical center. He was 70. His parents  pioneered the concept of Concept of  Department stores in the early 50s  today they own one of the three Biggest department stores and the tourist hotel the bethel guest house.

Roy Tan Cang was a prominent businessman and general manager of one of Dumaguete’s heritage businesses. He was born in 1949 to Agapito and Filomena Cang, who started their retail business, soon to be known as Cang’s Inc., in 1957.

Roy graduated from Silliman University High School in 1967, and earned his degree in Business Administration and Management, also at Silliman University, in 1973. Knowing full well that his life’s track was already laid down, he soon took the helm of the family business, which include Bethel Guest House and RTC Air Condition Repair, and oversaw many of its evolutions.

This included  the transfer of their flagship business from Perdices Street, where it had always occupied pride of place since its founding, to a bigger location along Veterans Avenue.

In 2000, the local government of Dumaguete City conferred on Cang’s Inc. the distinction of being a “Pioneering Business Establishment Award,” for 43 years [at that time] of service to the community, which it continues to do so today.

Under his watch, Cang’s was also recognised by the Department of Trade and Industry with the DTI Bagwis Award in 2019, for “upholding consumer rights while practicing responsible business.”

ROY CANG IS SURVIVED by his wife Gavina Bebe Cang and two children. His remains lie in state at their Piapi residence along Hibbard Avenue. Interment will be announced later.  Vigil services will be held nightly at the wake.