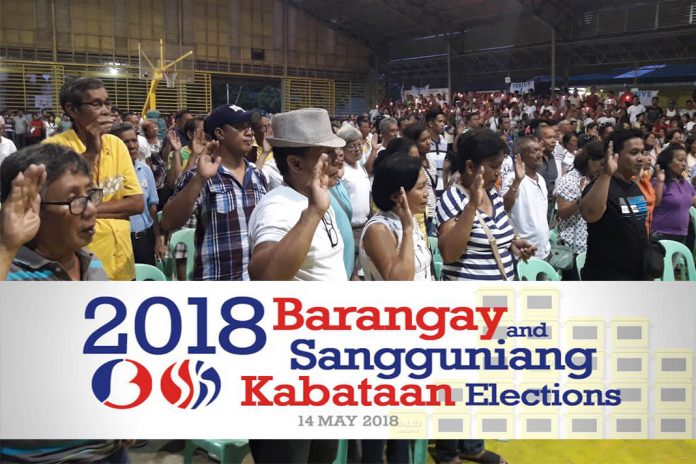 DUMAGUETE CITY – The Barangay and Sangguniang Kabataan (SK) elections will finally push through on May 14 after a series of delays and postponements obviously due to political expediency of older politicians.

Barangay elections are always both the “expendables” in the political arena and yet they are very vital in building political grassroots foundation of politicians.

The Department of the Interior and Local Government (DILG) and the Commission on Elections announced Tuesday that the despite all odds, the elections will push through tomorrow May 14, Monday.

In most places, barrio and SK elections are considered the “battle of clans” not more on money but more on family pride and tradition. Undisputedly, rival families are passionate to have their relatives win.

Some 55 million voters are registered to vote in tomorrow’s May 14 polls according to Comelec. However records will show that not much turnout was expected in this election in its lowest category.

Voting and counting for the May polls will be manual.

“Automated barangay elections have never been an option. It’s a very small election, “ said Comelec due to huge expense entailed in an electronic election.

Comelec, however, warned all candidates to file their Statement of Contribution and Expenditures (SOCE) on or before June 13 as this might cost their candidacies if they fail.

Under the law, candidates for the barangay polls are allowed to spend P3 per registered voter in the constituency where he or she filed candidacy and P5 per voter for those without any support from any political party.

But sad to say again, after the barangay elections, there are hardly any protests because of the huge expense in mounting political recounts and endless expensive hearings.