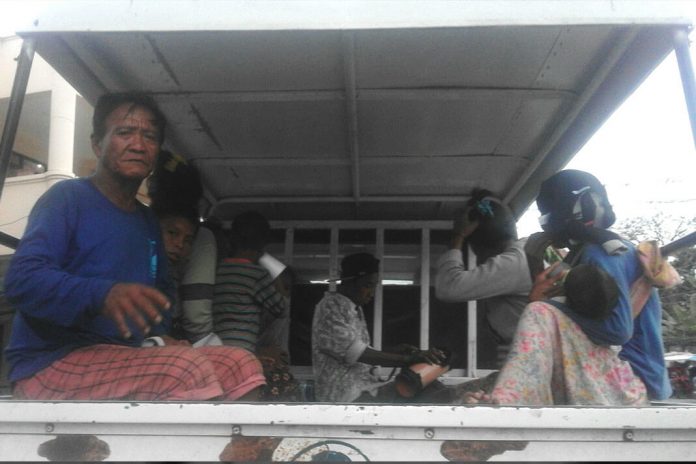 Aside from being liable under the anti-mendicancy law, irresponsible Badjao parents who use their children in begging may prompt social workers and policemen in rescuing the youngsters from their parents care.

City Social Welfare Officer Maria Carola Alquero said that the city has the obligation to protect the well-being of the children, who are used as props and worse taught to beg, which is actually a form of exploitation.

It was also learned that many of the Badjaos are actually organized and were even told to bring letters purportedly claiming that they are evacuees from Marawi City and therefore in need of financial help.

There are reports that some so-called Badjaos have in fact settled more or less permanently in neighboring Cebu and can actually understand the Cebuano language to hoodwink the enforcers.

Some children are told to create mischief like spoiling the food or assaulting the property of a person who refuses to give alms especially when the amount seemed too small.

Hence, CSWD will partner with Task Force Dumaguete and local police in apprehending adults who are begging and in rescuing children used in the modus operandi. The children will be brought to the CSWD office and the parents will be encouraged to return to their places of origin in Zamboanga, Jolo, Cebu and Sindanggan and Basilan.

Alquero claims that less Badjaos have been spotted lately even as she vows that more operations especially at night will be launched to continuously apprehend the hitherto sea gypsies.