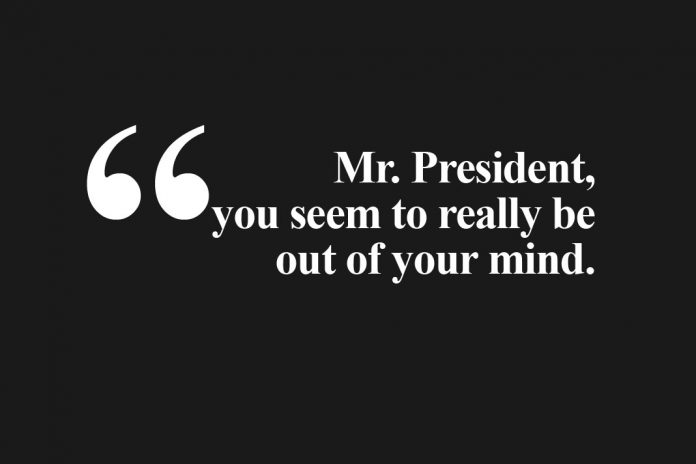 Marcos, Jr.. To add insult to injury, he announced that he would prefer Ferdinand Marcos, Jr. to succeed him or that a military junta be created to take over. Mr. President, you seem to really be out of your mind. You know that the 1987 Constitution provides that in case of vacancy in the Office of the President, the Vice President takes over as President of the Republic of the Philippines. That is the fundamental law of the land, or the Constitution, and the President cannot change the Constitution except by a Constitutional amendment. The President knows this but he is just frustrated and exasperated. Do not give up Mr. President especially that Jose Maria Sison of the National Democratic Front, the Communist Party of the Philippines is charging you to be very sick and dying. That is not true because bad grass never dies. What is important is the Constitutional provision provides it is the Vice President.