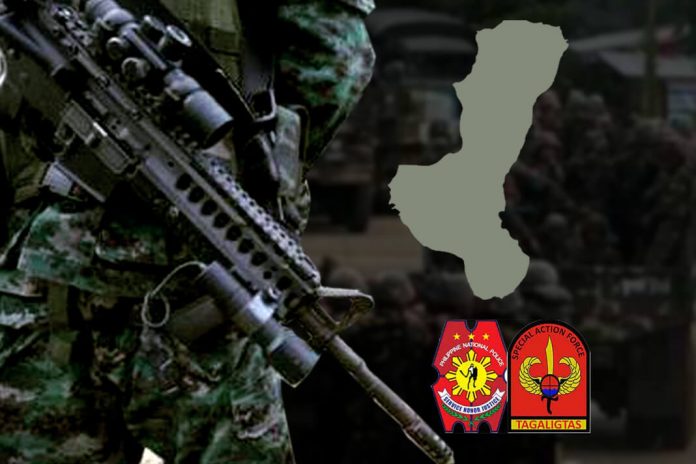 It ain’t over until it’s  over.

GUIHULNGAN, Negros Oriental —Elements of the 94th Army Infantry Battalion on patrol in Bgy Balogo, Guihulngan over the weekend believed that they aborted another possible terrorist attack by the New People’s Army when the troops encountered insurgents in camouflaged military uniform and heavily armed also in apparent patrol mission  in the same area.

According to Capt. Cenon Pancito III, the chief of the 3rd Division Public Affairs Office of the 3ID, it  was through civilian informants that the army met  a number of red fighters and engaged them in an encounter. The rebels scampered into different directions and got lost in the terrain. Powerful guns were recovered  during the chase,  including a KG9 sub-machine gun, magazine and ammunition recovered by government troops during security patrol operations.

That is the difficulty of an army in an unfamiliar  terrain that when an encounter ensues and the enemy scampers to different directions, it would be hard to give them a chase.

Lt. Col. Randy Pagunuran, 94th IB commanding officer, was quoted as saying that his troops were conducting “Focused Military Operation” following an intelligence report and tips from civilians about the NPA presence and recruitment activities in the area.

The Army believes the armed men had planned to launch an attack as a form of tactical offense against the Balogo CAA Patrol base.

“We will be relentless in our operations; we will give them no chance of recruiting innocent children to do the dirty work for them. Exploiting the youth’s innocence to become criminals is even tantamount to violation of RA 7610 which provides children with special protection against exploitation,” Pagunuran said.

Meanwhile, Major General Dinoh Dolina, Commander of the Army’s 3rd Infantry (Spearhead) Division, cited the importance of maintaining a relationship with the community, saying that their participation, such as providing accurate information, “denies them of space to hide, plan and carry out terroristic plans”.

Further, Dolina urged the remaining members of the CPP-NPA to return to the fold of the law and take advantage of the government’s livelihood program.

“Give peace a chance, we will work with other stakeholders to ensure your safety and well-being and that of your family. We will make it sure that you will receive all the benefits offered by the government,” he was quoted in the report as saying. (PNA)