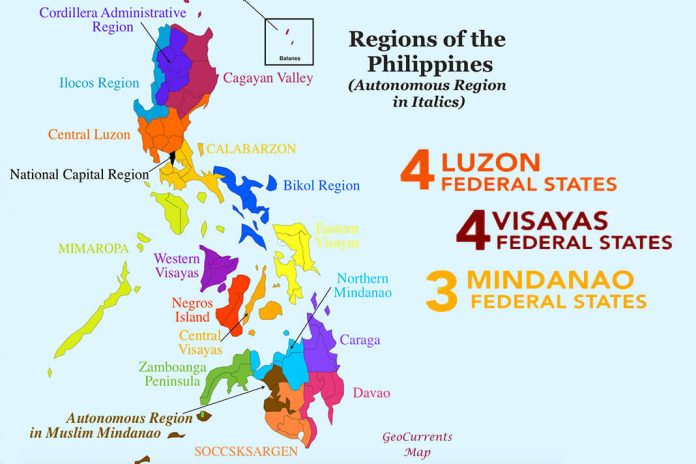 DUMAGUETE CITY – Is Federalism the panacea for the many troubles that beset our nation?

Globally -a whopping majority or 166 of the 199 nations of the United Nations (including the Philippines) are Unitary;  only 27 are Federalized (although they comprise 40% of the world population).

One may also peruse a very recent study made by the Ateneo de Manila on the comparisons -based on empirical evidence between the Federal and the Unitary governments of the world.

For instance, it says in the ASEAN, the Philippines, Indonesia, and Thailand are unitary while Malaysia is federalized. Further, the Ateneo Study says among the three unitaries, the Philippines is the most decentralized.

Shocking of all- it turns out the so called Federalized Malaysia was discovered to be the most centralized in real terms.

Two of the conclusions, therefore, are that: (a) Federalism does not always mean decentralization and (b) that decentralization can still be achieved under a unitary state like the Philippines.

We can offer two suggestions to further improve the decentralization of our unitary Philippines which may effect the results that Federalism hopes to achieve.

One is to create truly autonomous Regional Offices of all government national agencies and instrumentalities equipped with powers to implement decisions without consulting Imperial Manila.

The other -is to improve the share of the LGUs in the national tax pool which percentage has been stagnant since 1991. The letter of that law was supposed to have this % share of the LGUS rationalized every 5 years.

But, of course,there are “pure” Federalists that want the state’s (region) autonomy be derived from the Constitution itself and not devolved powers from the Executive branch that can be taken back again -under the Unitary government.

Federalism authority Ronald Watts sums it up handsomely: “The key is not the degree of decentralization but the degree of constitutionally guaranteed autonomy that the constituent units may exercise.”

Davide says the 1987 Constitution provides for a healthy balance of power between the executive, legislative and judiciary ; it prevents, therefore, the abuse of power and enshrine’s the constitutional right of People Power.

For all its flaws and warts, the Unitary system had survive the brutalities of a Martial Law and economic downturns to emerge today as a vibrant democracy and one of the leading economies in GDP growth in Asia. Why fix a wheel that is not broken?

Former senate president Nene Pimentel who authored the landmark “Local Government Code” believes this is not enough and endorses a full shift to Federalism. CJ Puno believes the centralization of power in a Unitary form is the cause of the lack of “inclusion” in the growth of the poor and poorer regions as the levers of power have been controlled by the economic elite and political dynasties – tied umbilically to the national government.

Constitutional expert Christian Monsod cites data analytics, however, saying only three regions,namely, the NCR, Calabarzon and Central Luzon can sustain itself under a Federal form- contributing as it does to 63 percent of the GDP.

CJ Puno, however, counters he is open to an “evolving” Federal form with full states, half states allowed to devolve into full ones at their own speed and autonomous regions where cultural/religious idiosyncrasies (rather than fiscal reasons) necessitate their independence like that of the ARMM and the Cordilleras. There are talks of the “Equalization Fund” meant for stronger states to help the weaker ones to graduate into full states.

President Rodrigo Duterte prefers the French model with a President and Prime Minister. The PDP-Laban basically agrees with that – with a Bicameral Parliament and 11-12 Independent states run by their own parliaments.

The Constitutional Commission, on the other hand, is set to submit to the president their recommended version on July 1 prior to the SONA of the president.

On how the charter change will be implemented – both Davide and Puno agree that it has to be through a Constitutional Convention -delegates voted for and the New Charter ratified by the vast Filipino electorate at large.

To insist on other means seriously misreads the political psyche of the Filipino electorate.