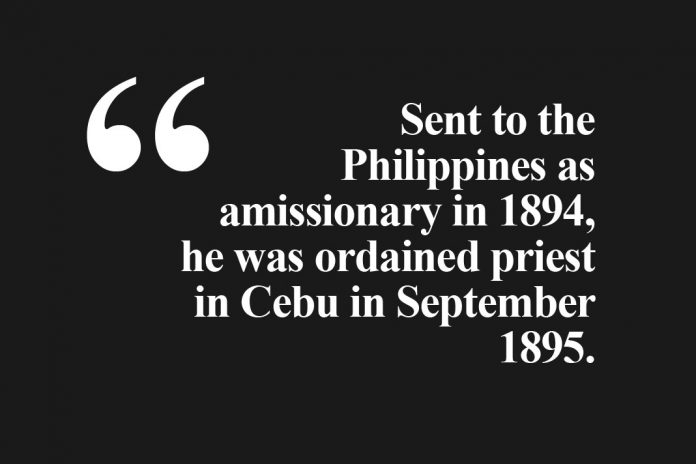 Fr. Licinio Ruiz was born on 6 December 1872 in Burgos, northern Spain. At the age of 15, after studying humanities and Latin, he applied to and gained acceptance to the convent and novitiate of the Augustinian Recollects in Monteagudo where he made his perpetual vows on 7 December 1888.

Sent to the Philippines as a missionary in 1894, he was ordained priest in Cebu in September 1895. Forthwith he was assigned to the parish of Palilan in Misamis, Mindanao where he studied the Bisayan dialect and served as an associate alongside and under the direction of the parish priest.

In mid-1897, he was transferred to the capital town of Cagayan in Misamis, exercising the sacred ministry until the Philippine Revolution in 1898. Afflicted with an illness, he was obliged to return to Spain.

He remained in Spain until January 1906 where he delivered homilies and heard confessions in Recollect colleges, having also stayed in the convent of Salvador, Falces, before he returned to the Philippines in that month.