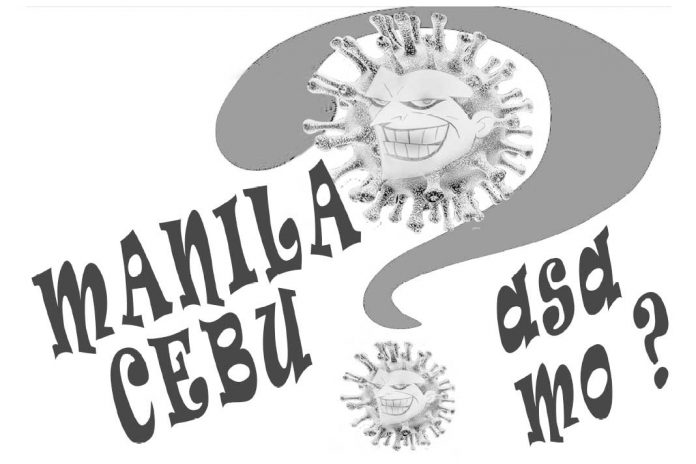 Senate Bill 1083 otherwise known as the Anti-Terrorism Act of 2020 once approved into law any time now, can be implemented in many different ways depending on who is the sitting president.

Long story short, in view of its urgency, if not, its being long overdue, the law can either be the most humane or it can be prone to abuse depending on whose administration it is being implemented.

If it is on the Duterte term, then he will be responsible in making sure that his interpretation of the law will be backed up by the Supreme Court.

And it will likewise be the same, as to whoever is president so long as the law remains intact. In short it is open to so many interpretations . it can be used, or abused. But it is and will be the same law.

For example, the draft law creates a new Anti-Terrorism Council (ATC), consisting of members appointed by the executive, that would permit the authorities to arrest people it describes as “terrorists” without a judicial warrant and to detain them without charge for up to 24 days before they must be presented before a judicial authority.

Under existing laws, terrorist suspects must be brought before a judge in three days. He must be arrested with a warrant. Human Rights advocates believe that anyone taken into custody should appear before a judge within 48 hours. There you go, —- there is already a conflict of interpretation.

Another example, The draft law also makes it a criminal offense to “incite others” to commit terrorism “by means of speeches, proclamations, writings, emblems, banners or other representations tending to the same end.” The law, does not define what are the parameters of “incitement,” so it poses a danger to freedom of the media and to expression by providing an open-ended basis for prosecuting “inciting” speeches.

Again this is a good provision. But without defining the parameters of “incitement,” could be a dangerous precedent because it will much depend on the leaders’ interpretation of what is “incitement .”

The Anti-Terrorism Council would be the sole arbiter to determine whether a threat should be considered serious or not. Once convicted those felons would face up to 12 years in prison. Is that fair? Yes, to some, and no to others. No hard fast rule.

As of now, Congress has approved the Senate bill 1083 and is now awaiting the signature of the president. There is nothing that can be done at this stage except a veto by the president which is most unlikely because it was even Duterte himself who certified the bill as urgent. So how can he veto it?

One thing sure, we Filipinos are sick and tired of the unsolved problem of half a century struggle of communist insurgency which is categorized as terrorism by government. If it can be solved by this Anti -Terrorism Act of 2020 , well and good. …but if not, then what good is the law?

And in the future if it is abused by its future enforcers then its either that the law be amended, or upheld, or declared unconstitutional Again, it depends on who is the ruling party at the time of issue.

One thing sure, an anti terrorism law is long overdue. And it must be passed now even if we know, that no law is absolute because it can be interpreted in many different ways , at different times, depending on who talking —-and who is ruling. –30–